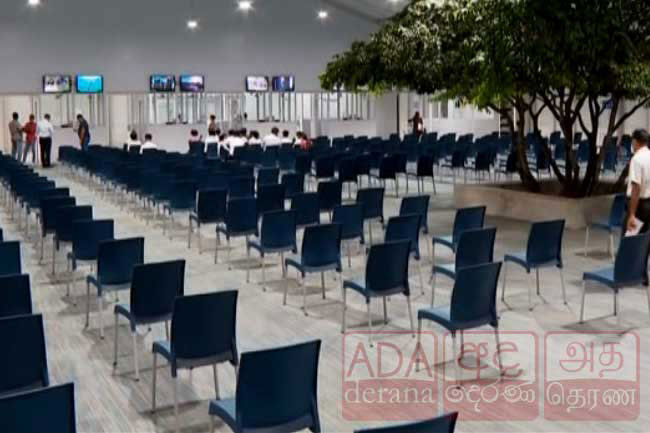 The collection of test samples at Sri Lanka’s largest PCR testing facility has been temporarily halted.

The operations have been halted owing to several technical difficulties that arose in the system which issues test reports to tourists.

Due to this, test samples of local and foreign nationals are collected at the airport itself and sent to the facility for laboratory procedures.

When Ada Derana inquired on the matter, the Ministry of Tourism stated that the technical problems will be resolved and the collection of test samples will resume by tomorrow (September 28).

Situated near the Bandaranaike International Airport (BIA), the largest PCT testing facility in the country was officially declared open on Saturday (September 25).

The facility was built jointly by the Bandaranaike International Airport (BIA), Airport and Aviation Services (Sri Lanka) (PVT) Limited, and a private company, at the cost of USD 05 million, to carry out PCR tests on fully vaccinated local and foreign air passengers.

The purpose of the facility was to issue PCR test results to air passengers within 3 hours, enabling the tourists to get to their accommodations without much delay.