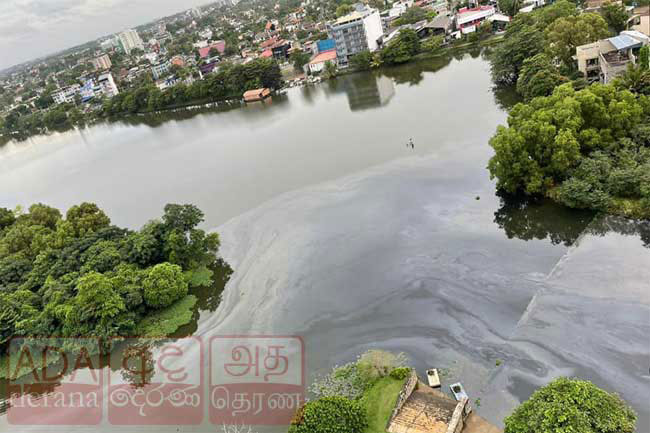 The report of the Central Environmental Authority’s (CEA) investigation into the oil slick observed floating in the Diyawanna Lake last week has been handed over to Minister of Environment Mahinda Amaraweera.

Minister Amaraweera last week had received reports of a fuel layer floating on the Diyawanna Lake which led to a probe by the CEA into the matter.

Subsequently, investigations were carried out after taking water samples of with the oil floating in the Diyawanna Lake from the area near the Buthgamuwa Bridge in Rajagiriya.

As per the report, this situation has been caused by the growth of algae and bacteria due to the discharge of waste into a canal in the Buthgamuwa area connected to the Diyawanna Lake. Reportedly, there is no discharge of water in the said canal.