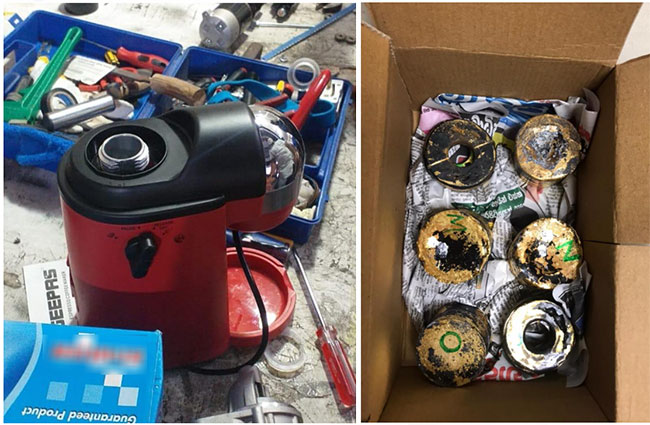 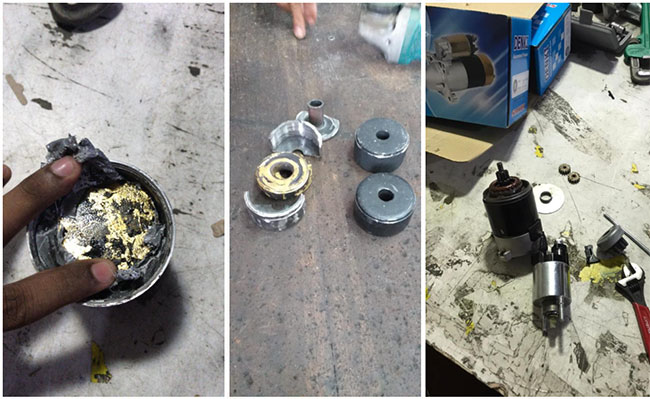 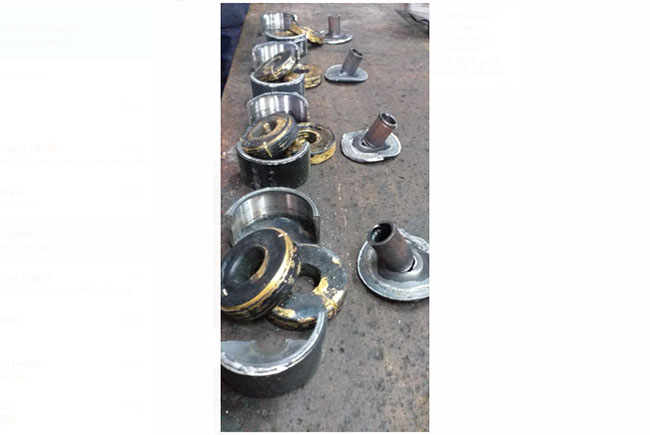 Sri Lanka Customs officers have succeeded in uncovering a large-scale gold smuggling racket which had been carried out using ingenious methods.

The smuggling racket, carried out through unsuspecting courier companies and using a fake business name, has been uncovered by the officers of the customs narcotics control unit at the BIA air cargo terminal.

Officials said that around 16 kg of gold were discovered today cleverly concealed inside vehicle spare parts and coffee making machines that had arrived from the U.A.E.

They said that the appearance and shape of gold had been modified to fit into these machinery and to appear as though they are actual parts of the items.

The value of the seized gold is estimated to be around Rs 220 million while two suspects have been arrested so far in connection with the racket.