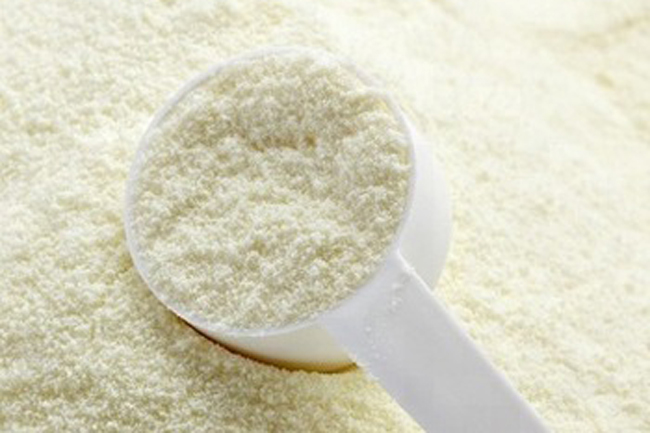 The price of milk powder per kilogram is expected to be increased by Rs. 200 and the selling price will go up to Rs. 1,145, the milk powder importers say.

Joining Ada Derana ‘Big Focus’ program today (October 02), Lakshman Weerasuriya, a member of the Milk Powder Importers’ Association, said the revised prices will be tabled in the next meeting of the Cabinet of Ministers for approval.

Accordingly, the shortage of milk powder is expected to be resolved by next week, he added.

Speaking further, he stated that nearly 300,000 tonnes of milk powder imported by their company are held at the port at present.

According to Weerasuriya, the loss incurred by local importers adds up to more than Rs. 1,000 million this year.

He said the current price of milk powder per kilo is Rs. 945.00 – which was calculated when one tonne of the product was at USD 2,800 (one kilo per USD 2.80). The USD was Rs. 186 in Sri Lanka at the time and it officially went up to Rs. 203, however, the unofficial buying rate is at Rs. 238 per dollar, he explained. “We only asked for an increase of Rs. 350, but after discussions, the Consumer Affairs Authority and the Cabinet Sub Committee on Cost of Living agreed on Rs. 200. This will be tabled in the Cabinet meeting on Monday.”

“We have to import milk powder to resolve the shortage,” he said noting that the foreign exporters are not processing the orders until the previous bills are settled.

Recently, local milk powder importers stressed that they are looking to re-export the milk powder stocks to Indonesia and Bangladesh as Sri Lankan banks have not issued US dollars to release the stocks stuck in the port.

On September 29, the Central Bank of Sri Lanka (CBSL) announced that it has released USD 50 million to two state banks to release the stranded containers of essential items at the port.

However, a recent discussion held between the Ports Minister and milk powder importers revealed that the issuance of US dollars by private banks will be delayed.