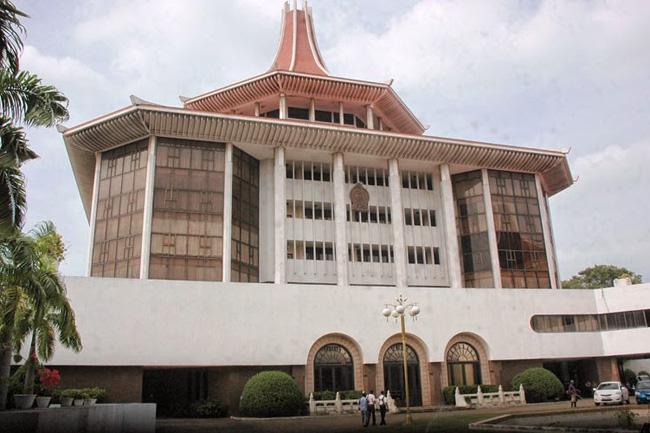 The Supreme Court has ordered the Attorney General to direct the Prisons Commissioner to ensure the security of the eight inmates who are incarcerated at the Anuradhapura Prison.

The order was issued when the Fundamental Rights (FR) petitions filed by relevant prisoners against former State Minister of Prison Management & Prisoners’ Rehabilitation Lohan Ratwatte were taken up for consideration today.

The Attorney General was further ordered to instruct the Prisons Commissioner and Anuradhapura Prison Superintendent to take necessary measures to provide access to the prisoners in question to meet their lawyers.

The inmates had put forward FR petitions alleging that their fundamental rights were violated by the former Prisons State Minister who intimidated them at gunpoint and threatened their lives.

In their petitions, the inmates sought the Supreme Court to grant them bail and to finally acquit them from all charges levelled against them.