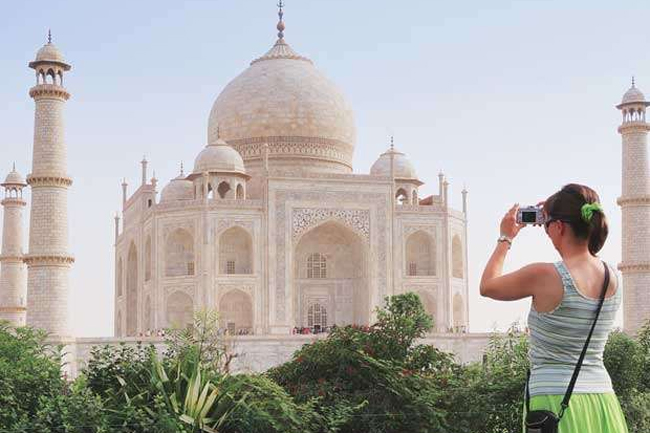 India set to reopen for tourists as COVID situation eases

India will reopen to tourism from October 15, the government said, after more than a year of closure due to the coronavirus pandemic.

Foreign nationals will be able to apply for a visa for the first time since March 2020, when Prime Minister Narendra Modi’s government imposed a strict lockdown in response to the pandemic.

“After considering various inputs, the MHA (home ministry) has decided to begin granting fresh Tourist Visas for foreigners coming to India through chartered flights with effect from October 15, 2021,” the home ministry said in a statement on Thursday.

It added that foreigners traveling to India via commercial flights will be able to enter on fresh tourist visas starting November 15, 2021.

Tourism is an important sector for Asia’s third-largest economy, with the country seeing 10.93 million tourist arrivals in 2019, according to government figures.

Restrictions on most categories of foreign visas, such as diplomats and businesspeople, had been gradually lifted but tourists remained barred even as most economic activities resumed.

The country of 1.3 billion people was hit by a severe wave of coronavirus infections this year, with about 4,000 daily deaths recorded in the month of May.

The spike was blamed on new virus variants and the government allowing sporting events and major celebrations for religious festivals.

Cases have since slowed sharply to approximately 20,000 new daily infections and 200 to 300 deaths in recent weeks.

The home ministry said all COVID-19 protocols “should be adhered to by the foreign tourists, carriers bringing them into India and all other stakeholders at landing stations”.

The vast majority of Indians have been vaccinated with Indian-made AstraZeneca shots, which has been produced by Serum Institute of India. Others have received COVAXIN, a vaccine produced by an Indian company.

Earlier this month, India announced fully vaccinated British nationals arriving in India will be subjected to a 10-day mandatory quarantine, in response to similar measures imposed by the UK on Indian nationals.

The United Kingdom has not recognised the Indian version of the AstraZeneca vaccine, known as Covishield. India has called the decision “discriminatory” and imposed restrictions on all British arrivals irrespective of their vaccination status.