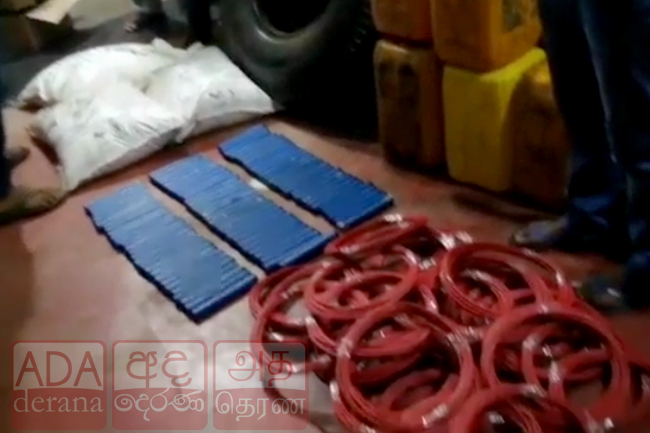 Police Special Task Force (STF) personnel have seized a stock of explosives stored illegally and also arrested a suspect in connection with the discovery.

Based on intelligence reports received by the STF, a 39-year-old individual has been arrested along with the explosives stored illegally at two locations in Meerigama without valid permits.

Following the interrogation of the arrested suspect, it was uncovered that the explosives in question had been procured after presenting forged documents and information in order to be sold to other individuals.