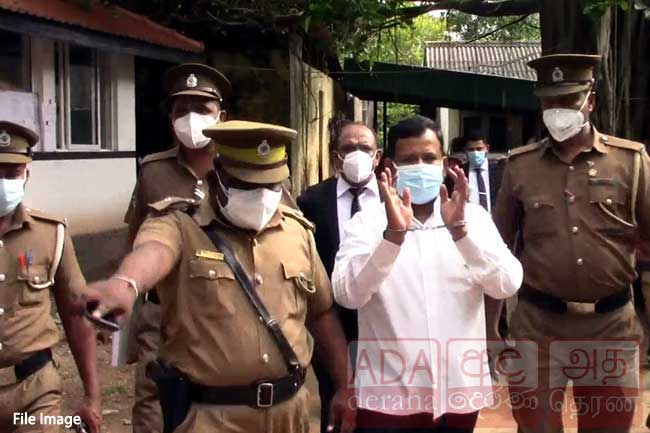 MP Rishad Bathiudeen, who was in remand custody after being arrested under the Prevention of Terrorism Act (PTA), has been granted bail by courts over two cases filed against him.

Accordingly, the Fort Magistrate’s Court has ordered to release the former minister on bail with regard to the case filed against him in connection with the Easter Sunday terror attacks.

Meanwhile the Colombo Chief Magistrate has also granted bail to MP Rishad Bathiudeen in connection with the case filed over the death of a 16-year-old domestic worker employed at his residence.

The Colombo Chief Magistrate ordered the parliamentarian released on two personal bonds of Rs. 1 million each. He was also barred from leaving the country by the court.

The case filed over the death of the teenage domestic workers is to be taken up again on February 18, 2022.

The former minister and his brother were taken into custody on April 24, under the provisions of the Prevention of Terrorism Act (PTA), for allegedly aiding and abetting the suicide bombers who perpetrated the deadly bombings on April 21, 2019.

Meanwhile on July 15, the 16-year-old girl, who was serving as a domestic help at the Bathiudeen residence, succumbed to severe burn injuries while receiving treatment at the Colombo National Hospital. She had been under medical care for 12 days since her admission to the hospital on July 03.

Ishalini’s remains were exhumed on July 30 for a second postmortem by a court-appointed specialist medical team.

On August 23, MP Rishad Bathiudeen, who was already under remand custody, was named the fifth suspect of that case.

Bathiudeen’s brother-in-law Mohamed Ismat and Ponnaiya Pandaram, the intermediary who had brought the girl to the Bathiudeen residence, were released on bail in early September.

Meanwhile the parliamentarian’s wife and father-in-law had been granted bail by the Colombo Magistrate’s Court, when the case was taken up on September 17.