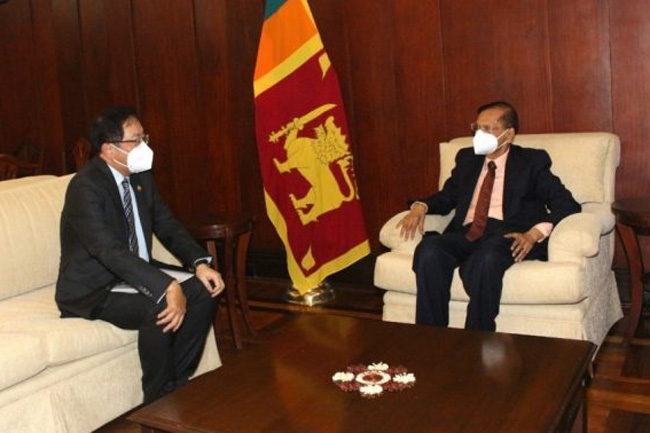 Malaysia, Sri Lanka to enhance cooperation in digitalization and education

While recalling the close and friendly bilateral ties between Sri Lanka and Malaysia, Foreign Minister and the High Commissioner discussed further avenues to enhance cooperation between the two countries in the post-COVID-19 era.

Stating Sri Lanka was among the first to recognize Malaysia’s independence back in 1957, and the celebrations of the 60th anniversary of diplomatic relations in 2017, the High Commissioner expressed his strong desire to re-enact partnerships in several areas, including the restoration of the air connectivity to its fullest capacity and facilitate strong people to people interaction between the two countries.

Foreign Minister Peiris underlining strong bilateral partnership between the two countries emphasized the need of building further collaborations in the areas that are beneficial to both countries. Minister Peiris highly commended the enormous progress that Malaysia recorded in the field of digitalization. He identified digitalization as an area that the Government intends to achieve rapid progress over several key areas in the public sector including administration, court proceedings, education, health, etc. The Minister expressed Sri Lanka’s desire to look at the experiences of Malaysia in this field and adopt certain aspects as per the needs of the country.

During the discussion, Minister Peiris also praised the education system in Malaysia, where Malaysian Universities with the collaboration of reputed foreign Universities, offer diversified courses for students to continue their higher studies without migrating to foreign countries. Underlining the inadequacy of infrastructure in higher education and technical education, and the urgent need of broadening the vocational training in Sri Lanka, Minister Prof. Peiris identified this as an area of cooperation that both countries could progress.

Senior officials of the Foreign Ministry and the High Commission of Malaysia in Colombo were also present at the meeting.