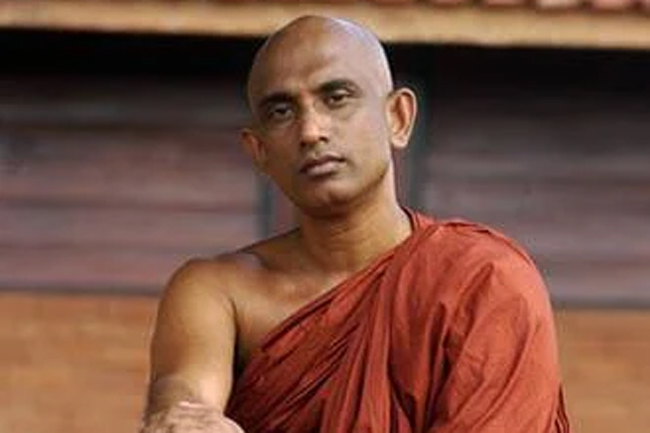 Venerable Athuraliye Rathana Thero, member of Our Power of People Party (OPPP), has been expelled from the party.

Election Commission Chairman, Nimal G. Punchihewa said he was informed of the matter in writing by OPPP’s General Secretary.

Rathana Thero was appointed by the ‘Ape Jana Bala Pakshaya’, also known as Our Power of People Party (OPPP) on December 18 last year to fill its National List parliamentary seat which was left vacant for several months following a long-drawn dispute within the party.

OPPP had received a total of 67,758 votes (0.58%) at the General Election in August 2019 and despite failing to win any seats in the districts it contested, the party did manage to receive one National List seat. Former JHU MP Ven. Athuraliye Rathana Thero, Bodu Bala Sena (BBS) general secretary Ven. Galagoda Aththe Gnanasara Thero and Ven. Pahiyangala Ananda Sagara Thero were among the Buddhist monks who had contested the parliamentary election under the flag symbol of the party.

On January 05, Rathana Thero was sworn in as a Member of Parliament before Speaker Mahinda Yapa Abeywardena.

Rathana Thero, who was first elected to the Parliament in 2004 from Kalutara District as a representative of Jathika Hela Urumaya (JHU), is serving as a lawmaker for the fourth time, under Article 99A of the Constitution.

Contesting under United People’s Freedom Alliance (UPFA), he was elected to Parliament for the second time in 2010 from Gampaha District.

Rathana Thero represented the Parliament for the third time after he was appointed as a National List MP of the United National Party (UNP) in 2015.