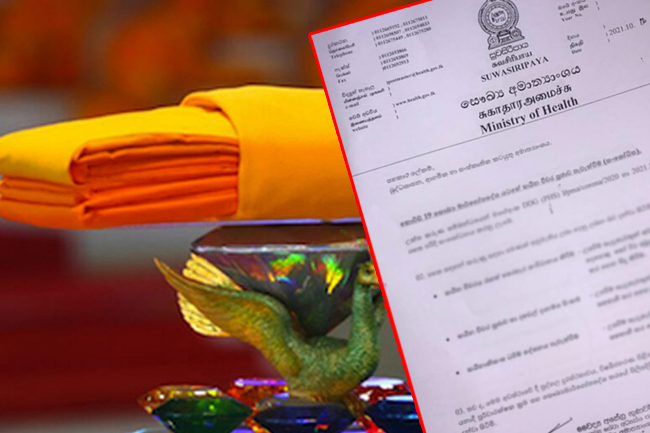 The Ministry of Health today (October 19) revised the notice recently issued by the Department of Buddhist Religious Affairs pertaining to the directives for conducting Katina Pooja offerings during the COVID-19 pandemic.

The previous announcement issued by the Department stated that processions would not be allowed during Katina Pooja offerings, under the existing health guidelines.

However, in today’s communiqué, the Director-General of Health Services Dr. Asela Gunawardena said processions will be permitted during Katina Pooja offerings with the participation of a maximum of 50 people.

Meanwhile, permission has been granted for a maximum of 50 persons during alms offerings of meals and religious sermons and to hold Katinanisansa Dhamma sermons with the participation of only a maximum of 50 devotees.

Previously, permission was given for a maximum of 20 people to attend alms offerings, religious sermons and Katinanisansa Dhamma sermons.