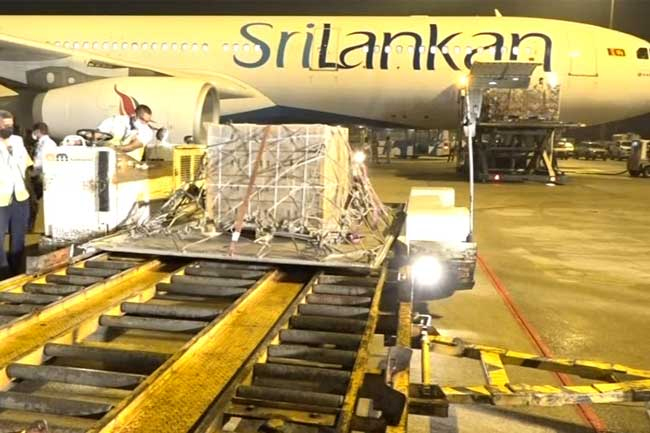 Sri Lanka has received the first shipment of 100,000 litres of Nano Nitrogen liquid fertilizer, imported from India for cultivation in Maha Season.

It touched down at the Bandaranaike International Airport in Katunayake at around 12.25 a.m. today (October 20), according to Ada Derana correspondent.

This delivery is part of 3.1 million litres of Nano Nitrogen liquid fertilizer ordered by Sri Lanka from India.

The newly-received Nano Nitrogen liquid fertilizer stock has been moved to the central warehouse of Colombo Commercial Fertilizers.

This fertilizer stock will be distributed among farmers in Ampara, Trincomalee and Batticaloa today through Govi Jana Seva Centres, the Agriculture Ministry stated.