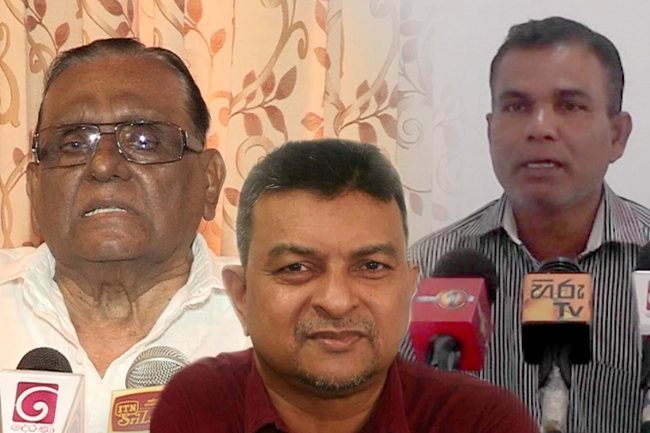 Teacher-principal trade unions have denounced the statement made by the North-western Province Governor on deducting salaries of teachers who would not report to in-person teaching at schools.

Several media briefings were held today (October 20) in this regard.

Kurunegala District chairman of Ceylon Teachers’ Union (CTU) Sarath Premasiri pointed out that the authorities should provide a fair solution for the issue, instead of threatening teachers and principals.

North-western Province Governor, Raja Kollure, signaling a red light to teachers yesterday, said their salaries will be suspended for the month of November if they do not return for in-person education on October 21.

Kollure added that, as the person operating in the capacity of Education Minister in his province, he would seek action against teachers who continue to be on strike even after the reopening of schools.

However, the Secretary to the Ministry of Education, Prof. Kapila Perera, who joined Ada Derana’s BIG FOCUS program earlier today, said he would talk to the North-western Province governor on the matter.