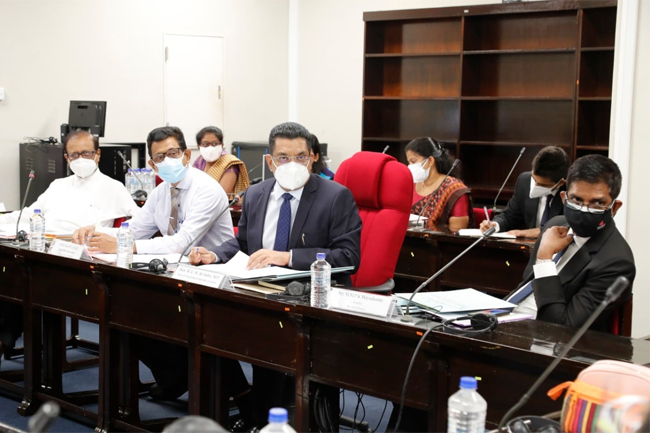 Amendment bill on youthful offenders to be tabled in Parliament

Accordingly, the Youthful Offenders (Training Schools) (Amendment) Bill, Penal Code (Amendment) Bill and the Regulations made by the Justice Minister under Section 840 of the Civil Procedure Code (Chapter 101) read with Section 214 of the said Code and published in the Gazette Extraordinary No. 2234/67 dated July 02, 2021, are being scheduled to be passed in Parliament post-debate.

The Youthful Offenders (Training Schools) (Amendment) Bill aims at amending the age limit previously established as below 18 to age between 18 - 22. The Bill also amends for the purpose of being gender neutral.  The amendment to the Penal Code establishes provisions to replace the verdict of death sentence being given to minors replacing it with custodial sentences.