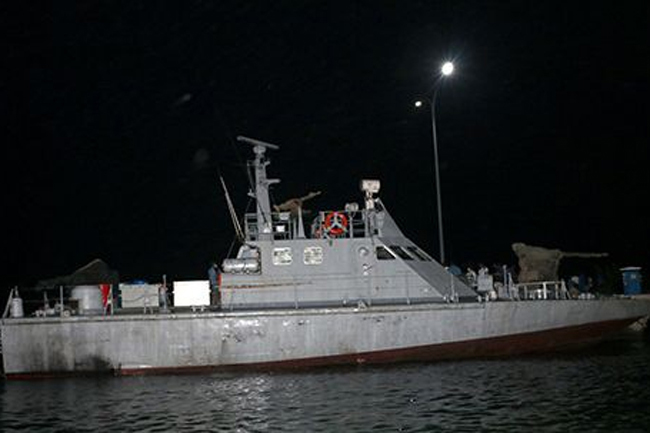 Navy rescue teams engaged in the search and rescue operation this morning managed to recover the corpse of the missing fisherman who was aboard the Indian poaching vessel which sank northwest of the Kovilan Lighthouse in Sri Lankan waters on Monday evening (October 18).

Sri Lanka Navy continuously deployed a team of Navy divers, Fast Attack Craft and Inshore Patrol Craft in the SAR operation in the above sea area from the time the incident was reported, to locate the fisherman who was reported missing following this ill-fated occurrence.

Incidentally the Navy rescue teams managed to retrieve the corpse of the missing fisherman this morning and the cadaver was transferred to the Kankesanturai harbour by a naval craft.

Meanwhile, the inquest inquiry of the deceased was carried out this afternoon (October 20) by the Additional Magistrate of Kayts on being informed by the Kayts Police. Jaffna Judicial Medical Officer and Representatives of the Consulate General Office of India in Jaffna were also present during the proceedings.

Further, the two Indian fishermen rescued by the Navy had been summoned to the location by the Kayts Police, to identify the deceased.

Subsequent to the inquest inquiry, the body has been transferred to the Jaffna Teaching Hospital for onward legal proceedings, on the directives of the Additional Magistrate. Following the recovery of the body of the missing fisherman the Navy’s SAR operation also came to a close.