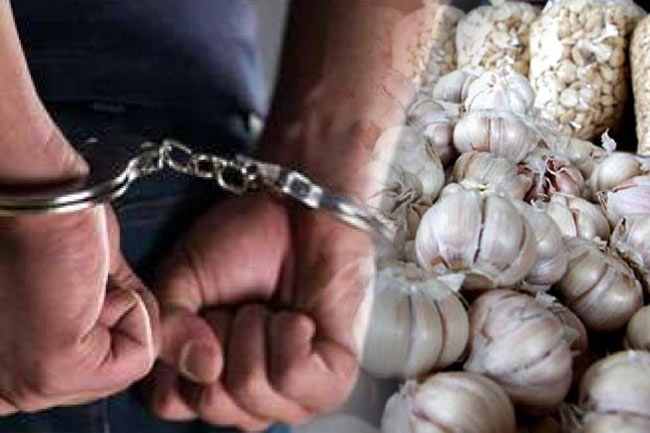 The Criminal Investigation Department (CID) has arrested a youth in connection with the recent ‘garlic scam’, the police spokesman SSP Nihal Thalduwa says.

The 25-year-old was apprehended for aiding and abetting the pilferage of garlic consignment weighing up to 54,000 kg by forging documents.

He will be produced before the Welisara Magistrate’s Court today (October 23).

The arrestee was identified as the son of the businessman from Bambalapitiya who was taken into custody on suspicion of purchasing the two container loads of garlic valued over Rs. 11 million which was unlawfully removed from Sathosa.

The 55-year-old businessman was placed under arrest earlier this month.

On September 14, two containers carrying 54,000 kilograms of garlic belonging to Lanka Sathosa were taken into custody at Kerawalapitiya after they were allegedly pilfered from the port.