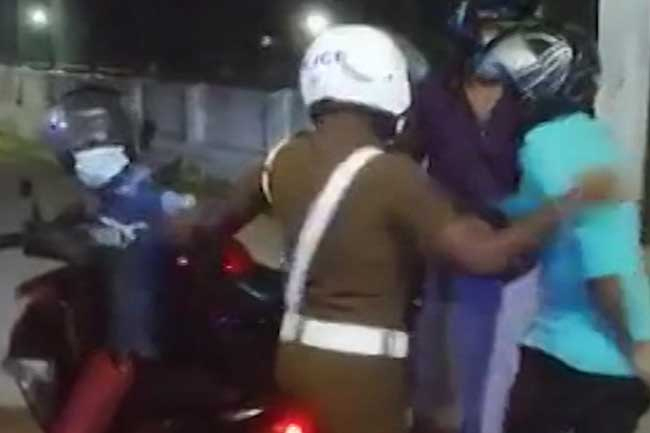 An inquiry was initiated into the traffic police officer who assaulted two youths in the area of Eravur, says Public Security Minister Sarath Weerasekara.

According to the lawmaker, the officer in question has been indicted over the relevant incident.

The minister also appealed to the public not to attribute the assault to racism.

Speaking on the incident, the minister stated that the police officer, who was inquiring into a road accident, had been measuring the scene using a tape.

At the time, two youths on a motorcycle had sped past dragging the tape for about 500 yards without stopping.

The incident in question took place after the police officer gave a chase and overtook the motorcyclist and the pillion rider.

Thank you Min.@ReAdSarath for taking prompt action. I will also follow up on this issue. https://t.co/pDRowomafI pic.twitter.com/7NdmadC0ZZ