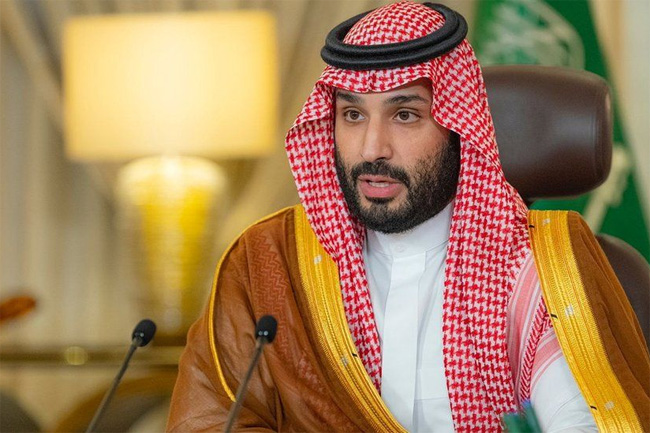 The world’s biggest oil exporter, Saudi Arabia, has pledged to cut its carbon emissions to net zero by 2060.

But he said the kingdom would continue to produce oil for decades to come.

The announcement comes days before the COP26 climate change summit, at which world leaders will be pressed on their plans to cut greenhouse gas emissions and thereby reduce global warming.

Net zero means not adding to the amount of greenhouse gases in the atmosphere.

It is achieved by a combination of cutting emissions as much as possible - mainly by reducing gases like carbon dioxide (CO2), which are released in the use of fossil fuels - and so-called offsetting measures, such as planting trees and carbon-capture technology.

While China and Russia have plans to reach net zero by 2060, other countries - including the US, the UK and Saudi Arabia’s neighbour the United Arab Emirates, another major oil producer, aim to achieve the goal 10 years earlier.

Saudi Arabia’s move does mark a shift for the world’s 10th-largest emitter of carbon dioxide. It has long resisted calls to cut its investment in fossil fuels.

This week, documents leaked to the BBC revealed Saudi officials asked the UN to play down the need to rapidly move away from fossil fuels, ahead of the COP26 meeting, which starts in Glasgow on 31 October.

At the launch of a climate conference in Riyadh, Prince Mohammed - Saudi Arabia’s de facto ruler - said it would reach the target without affecting the “stability of global energy markets”.

He said the country also would cut its emissions of methane by 30% by 2030.

The plans would rely on “the availability of the required technologies to manage and reduce emissions”, the prince said.

Energy Minister Abdulaziz bin Salman said the country would use carbon capture - technology that extracts CO2 from the air - to help it meet the goal.

Earlier this year, Saudi Arabia said it would reduce carbon emissions by shifting to renewable energy and planting billions of trees.

Richard Black, director of the Energy and Climate Intelligence Unit (ECIU), a UK-based think tank, described Saudi Arabia’s net-zero target as “very welcome” but said the kingdom needed to publish a plan of how it would be achieved.

“There’s a lack of clarity... it would be really good to see that stuff made clear,” he said, adding that the carbon-capture commitments were “really speculative”.

Since the net-zero target only applies to domestic emissions, it may mean Saudi Arabia will not need to reduce its oil and gas production. Carbon emissions from fossil fuels burned by other nations once the kingdom ships them abroad will not be counted.

“There’s a lot of people who will be cynical about this unless Saudi Arabia plans to ramp down its production of oil and gas, which it has no plans on doing,” Mr Black said.