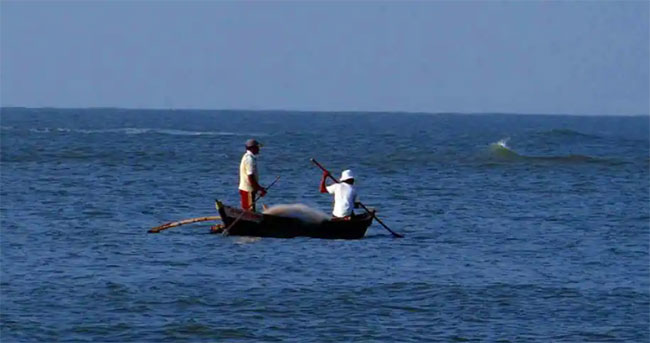 Indian Navy has reportedly apprehended two Sri Lankan fishermen for crossing the International Maritime Boundary Line (IMBL) on Friday evening and they were brought to Nagapattinam coast on Saturday.

According to Indian media, the Indian Navy Ship INS Bangaram found a Sri Lankan country boat fishing in the 16.5 nautical miles South East of Point Calimere and the navy apprehended the duo who were later identified as K Nimalthas (24) and D Kajeepan (23) from from Valvettithurai at Jaffna.

The navy also found that the boat owned by Nimalthas was crossing the Indian boundary line. Subsequently, both the fishermen and their boat were handed over by the naval detachment Nagapattinam to the Vedaranyam Marine Police station on Saturday.

The Marine Police registered a case under Maritime Zones of India Act 1981 and remanded them after being produced before the court, the report said.