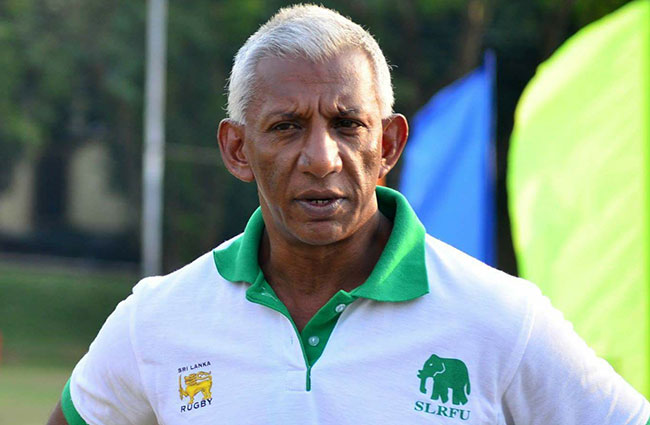 Sri Lankan Rugby legend Chandrishan Perera, who had provided an invaluable service to uplift the sport in the country, has passed away this evening (24).

He had reportedly passed away after being admitted to a hospital in Negombo.

A former star rugby player who had also captained the Sri Lankan national rugby team, Perera is a well-known sporting icon of the country.

He later went on to play a big role in the administration of the sport in Sri Lanka and has also served as a rugby coach and as a commentator.

Chandrishan had an early education at St. Peter’s College and moved on to England where he studied law and criminal psychology before being spotted for his sporting talents.

The rugby veteran had been diagnosed with a rapidly progressing case of  Parkinson’s disease a few years back and as of recently had been confined to a wheelchair.

In April 2019, the Sri Lanka Rugby community came together to honour the rugby legend at the Origins encounter at Havelock Park.