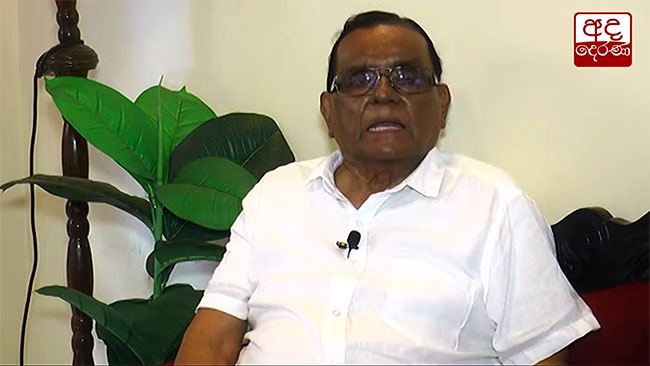 Raja Collure responds to being sacked as Communist Party chairman

North Western Province Governor Raja Collure says that the Communist Party of Sri Lanka does not have any authority to take disciplinary action against him and remove him from the chairmanship of the party over a decision taken by him as a governor.

The Communist Party of Sri Lanka, issuing a statement earlier today, had announced that Mr Collure has been removed from his position as chairman of the party with immediate effect.

The party said that the central committee of the party which convened a meeting today (24) approved the proposal brought forth by the politburo to remove Mr Raja Collure from the chairmanship.

This was after the Governor had recently said that he was considering slashing the November salary of teachers in the province who did not report to duty on October 21 when schools were initially reopened.

He had subsequently come under heavy criticism from trade unions and other groups over these remarks.

However, Mr Collure says that according to the constitution of the party, the central committee of the Communist Party of Sri Lanka does not have the authority to take disciplinary action and remove him from the position of Chairman over his actions as the provincial governor.

He also said that as the Governor of the North Western Province, he was acting on the decision by the provincial governors to reopen schools on October 21.