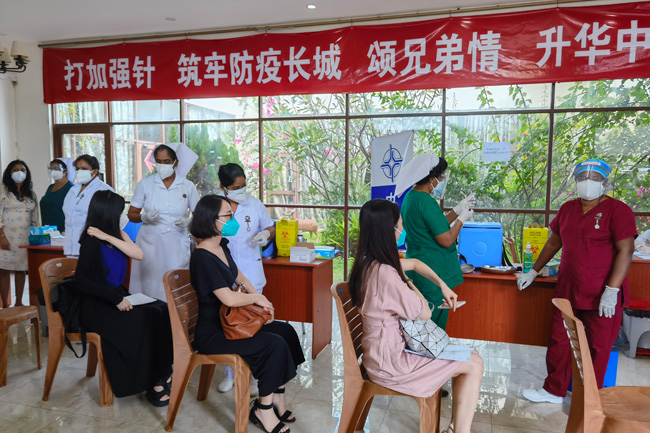 Close to 3,000 Chinese nationals employed in Sri Lanka have received a third shot of the Sinopharm COVID-19 vaccine as the booster dose, the Embassy of China in Colombo says.

A three-day vaccination program was rolled out from October 22 - 25 in Colombo, Kandy, Hambantota, Puttalam and Dambulla areas, according to a tweet posted by the embassy.

These Chinese nationals received the booster doses six months after they received the second dose of the home-grown COVID-19 vaccine. The first dose was administered in late April.

The tweet further noted that there was not a single severe case or death reported among fully vaccinated Chinese nationals on the island nation.

6 months after 2 doses, about 3,300 Chinese nationals received 3rd jab of #Sinopharm vaccine as booster in Colombo, Kandy, Hambantota, Puttalam & Dambulla, 22-25 Oct.
So far, no a single severe case or death was reported for fully vaccinated #Chinese in #lka