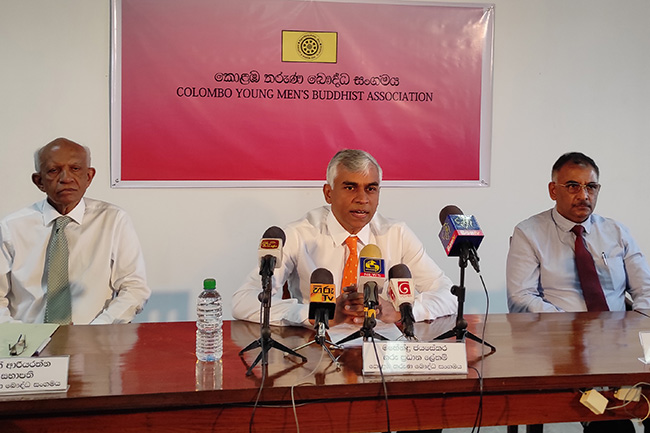 The Colombo Young Men’s Buddhist Association (YMBA) has announced the launching of an English education program for young Buddhist monks.

As the first phase of this program, around 700 young monks attached to 237 Pirivenas in the Western and the Uva provinces are expected to be absorbed into this program which will be conducted through the online education system.

All necessary arrangements are made to launch this program on the 9th of November this year, the YMBA said in a press release.

Speaking on this venture General Secretary of the YMBA, Mahendra Jayasekera stated that this program was initiated with a view to enhancing the English knowledge of the young Buddhist monks which will be conducive in spreading the Buddhist philosophy especially in foreign countries. He further stressed that the English Language was a nifty communicative device and almost an essential tool today in our society, for the progress and sustenance of intercultural and inter religious cooperation and coexistence.

Speaking further he said that a good knowledge of English will help the monks achieve a higher knowledge about global politics and global economic trends in addition to the higher knowledge they can gather about the Buddhist doctrine.

Fluency in the English language would help them to express their views on current issues of the society and throw some light on Buddhist wisdom in solving social issues; moreover, the YMBA expects to see a routine change in the monks through this program, he added.

The president of the YMBA, Maddumage Ariyaratne stated that enhancing the monks’ knowledge of English is a gesture of National importance and it would help them interact more successfully with the world outside. He said that as a result of this program it would become possible for Sri Lanka to cater to the demand of Theravada Buddhism.

He further mentioned that the YMBA has recognized the potential of developing  Sri Lanka as an education centre for Theravada Buddhism and that the YMBA is taking all possible efforts to bring this idea to fruition.

The second phase of this program will be resumed in mid-2022 and the YMBA hopes to spread the program to cover all the pirivenas on the island, making available the facility for around 4000 monks to learn English through this program.