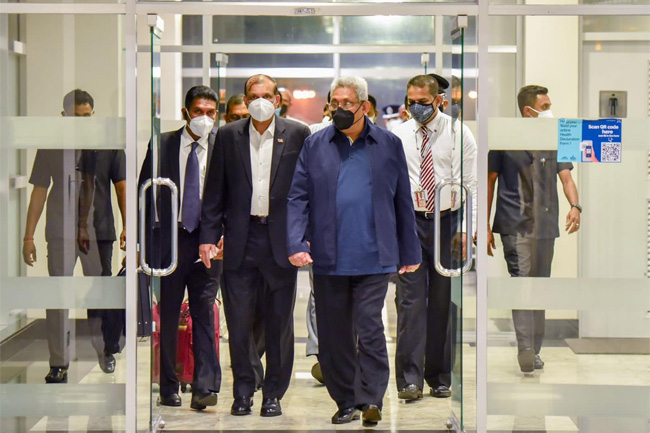 The United Nations Climate Change Conference is scheduled to take place in Glasgow, Scotland from tomorrow (October 31) to November 12 to discuss climate change and to talk about how countries implement their strategies to tackle the climate crisis. November 01 and 02 are set aside for the World Leaders’ Summit.

The 26th U.N. Climate Change Conference of the Parties (COP26) will be hosted by the United Kingdom government in Glasgow, Scotland, from Oct. 31 to Nov. 12.

World leaders and delegates will gather in Glasgow in a bid to hammer out a deal to tackle climate change.

Most countries will be represented, with about 25,000 accredited delegates expected for the UN Conference of Parties (COP) summit, which will attract the attention of the world and activists from around the globe.

The event will take place across two sites - the Blue Zone at the Scottish Event Campus and the Green Zone at Glasgow Science Centre.

Since the last UN conference in 2019, record-shattering wildfires have scorched across Australia, Western Europe and the United States; North America has sizzled in a once-in-a-thousand-year heatwave; and extreme rainfall has caused massive flooding in Asia, Africa, the US and Europe.

Experts warn that only transformative action will help stave off far more devastating climate impacts, not just for humanity but most life on Earth.

The Glasgow gathering is the latest and most urgent summit in a protracted diplomatic process entering its fourth decade.

In 2015, the Paris deal called for capping global warming at “well below” 2C above pre-industrial levels, and 1.5C if possible.

But in August a bombshell “code red” report from the world’s top climate science body warned that Earth’s average temperature will hit the 1.5C threshold around 2030, a decade earlier than projected only three years ago.

And this week a UN report said even the latest, most ambitious carbon cutting commitments would still lead to “catastrophic” warming of 2.7C.

Observers say there are glimmers of hope, with the US announcing a doubling of overseas climate aid and China saying it will cease new coal production abroad.

President Xi Jinping announced last year his country’s aim for carbon neutrality by 2060 and for domestic emissions to peak “around 2030”.

But China, the world’s largest emitter, has still not submitted its renewed emissions cuts pledges.

And Xi, who has not left China during the pandemic, is unlikely to travel to Glasgow, although COP26 President Alok Sharma said Tuesday he still hopes the Chinese leader will attend.

Vladimir Putin of Russia, another major polluter, will also be a no-show.

But more than 120 heads of state and government will make the trip to kick off the 13-day meeting, including US President Joe Biden, India’s Narendra Modi, French leader Emmanuel Macron and Australia’s Scott Morrison.

Climate activists including Extinction Rebellion will gather in Glasgow to keep up the pressure, while Greta Thunberg confirmed she would join a November 5 march for “climate justice” in the city.