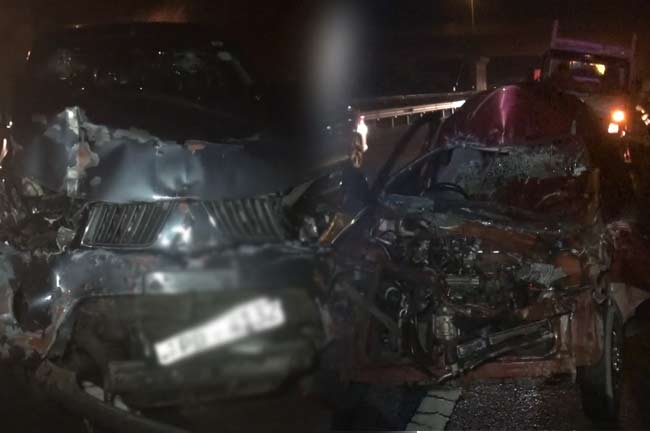 Five vehicles including an ambulance of the Police Special Task Force were involved in a multiple vehicle collision at Galanigama on the Southern Expressway.

Five persons including a police constable attached to the STF have been wounded and hospitalised following the crash, according to expressway traffic police.

The vehicles involved in the collision, a ‘1969’ police ambulance, two cars, two lorries and a cab, have also sustained damages.

The injured persons have been admitted to the Homagama Base Hospital.