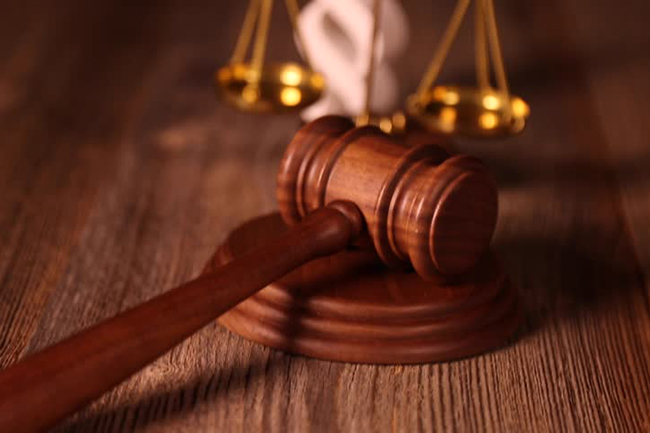 The Colombo Commercial High Court has extended the enjoining order issued against the Chinese company that shipped fertilizer containing harmful bacteria to Sri Lanka, its local agent and the People’s Bank.

The court order, which prevents the payment to the Chinese firm on Letter of Credit, was accordingly extended until November 19.

During the court proceedings, the attorneys representing the respondents of the petition have requested the judge to grant an additional period of time for them to file objections.

Additional Solicitor General Susantha Balapatabendi, who appeared on behalf of the CFC, told the court that China-based Qingdao Seawin Biotech Group Co., Ltd. had shipped a fertilizer consignment, which is a partial shipment worth more than a billion rupees that was procured through a tender process initiated by the Agriculture Ministry.

Although the said Chinese firm was required to ship sterile organic fertilizer under the tender contract, it had admitted in its shipping advice that the consignment may contain microorganisms, he further told the court.

The National Plant Quarantine Services (NPQS), which tested the sample sent to them, had confirmed the presence of organisms, including certain types of harmful bacteria, the Additional Solicitor General said, adding that, in this context, the Chinese firm in question has failed to complete the accepted terms of the tender.

As per the terms of the contracts, the payment for the controversial organic fertilizer shipment was slated to be made through a Letter of Credit established via the People’s Bank.

However, in September, the NPQS, which tested the fertilizer samples sent by the Qingdao Seawin Biotech Group Co., Ltd., revealed the detection of the microorganism called ‘Erwinia’. Several days later, Sri Lanka decided to suspend the importation of organic fertilizer from Seawin Biotech.

The Chinese firm retaliated, saying that the NPQS took only three days to draw a suspicious conclusion although it takes more than 6 days to identify Erwinia as per the ISPM27 rule in IPPC (International Plant Protection Convention). After the supplier raised doubts, NPQ Sri Lanka updated the report on October 11th and had used seven days to test, but it still did not indicate the test standards and methods, the company alleged.

The “unscientific detection method and conclusion of NPQ in Sri Lanka” are not in compliance with international animal and plant quarantine convention, Seawin Biotech claimed further.

The Chinese firm urged that Swiss SGS group, a top third-party testing organization, should re-test whether the samples contain Erwinia.

But Agriculture Minister Mahindananda Aluthgamage later insisted that the ship carrying the fertilizer consignment containing harmful bacteria will not be allowed into Sri Lanka. He also noted that the samples from this fertilizer shipment will not be re-tested, nor will any payment be made to the Chinese firm in question.

Later, the Ceylon Fertilizer Company (CFC) secured two enjoining orders from the Colombo Commercial High Court against the Seawin Biotech, its local agent and the state-run People’s Bank, preventing the payment to the Chinese firm on Letter of Credit.

The CFC first secured a court order against the Chinese firm in question on October 23, blocking the People’s Bank from making any payment under a Letter of Credit opened in favour of the Chinese company.

On October 29, the Economic and Commercial Office of the Chinese Embassy in Colombo blacklisted the People’s Bank, citing its failure to make the payment in compliance with the Letter of Credit and the contracts.

In a statement, the Chinese Embassy stressed the People’s Bank of Sri Lanka has recently witnessed vicious event of Letter of Credit default, causing huge losses to the Chinese enterprises in international trade with Sri Lanka.

However, the People’s Bank, in response to the Chinese Embassy’s move, said the payment for the organic fertilizer consignment shipped by Qingdao Seawin Biotech Group Co. Ltd. was halted due to an interim injunction issued by the court.