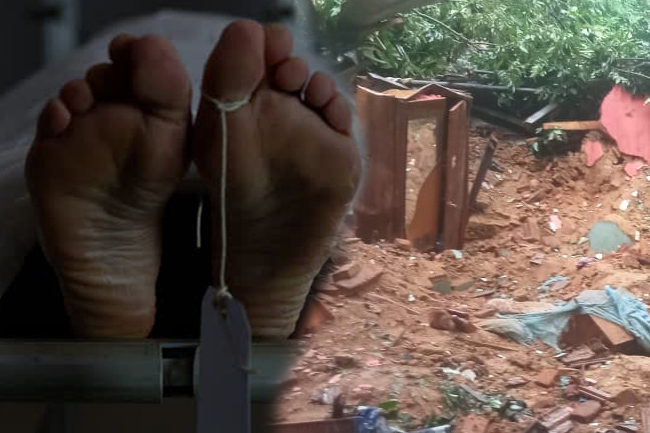 A young female has died after a house was damaged in an earth slip in the area of Wennoruwa, Narammala this morning (November 09).

However, her mother and her brother have escaped unharmed, according to police media.

The deceased was identified as a 23-year-old nurse who was employed at a private hospital in Colombo.

She was rushed to the Narammala Hospital, but she succumbed to injuries on admission to the hospital.

In another development, three other persons died while another person was hospitalized with injuries following an earth slip at Dombemada in Rambukkana Divisional Secretariat area in Kegalle District earlier today.

A mother and two daughters, aged 08 and 14, were reported dead. The father was meanwhile admitted to hospital.