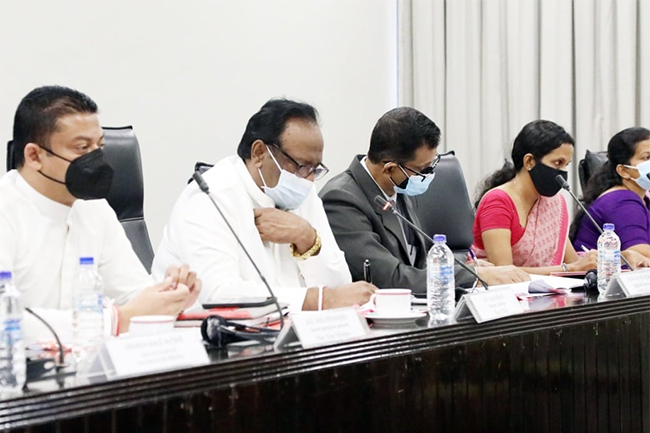 Special program to be initiated for drivers on road discipline

A special program is to be implemented in the future to provide special training to drivers on road discipline with the aim of minimizing the increasing number of road accidents.

This was disclosed at the recent meeting of the Ministerial Consultative Committee on Public Security, chaired by Minister of Public Security Dr. Sarath Weerasekera.

Thus, a special program will be implemented by the Sri Lanka Police and affiliated institutions to protect road discipline, the Minister said.

The minister said that a system of spot fines and a system of Driver’s Demerit Point will be introduced soon to address the shortcomings in the payment system.

The Minister said this when the need for a program to avoid this situation was identified by the Members of Parliament as the lack of discipline of drivers has been identified as a major reason for the increase in road accidents.

The committee also drew the attention of the committee to the need to provide proper allowances and salaries to the officers of the Sri Lanka Police who perform their duties under very difficult conditions without any trade union action or protest.

The Minister said that 15,700 police personnel had been infected and 44 had died during the previous COVID situation and thanked the Members of Parliament for raising the issue of increasing the salaries and allowances of police officers working amidst various difficulties.

The need for the police to act more responsibly in reporting a crime through the media was also discussed at length. The Minister instructed the IGP to take action as it is problematic for the police to make statements to media to obstruct court proceedings.