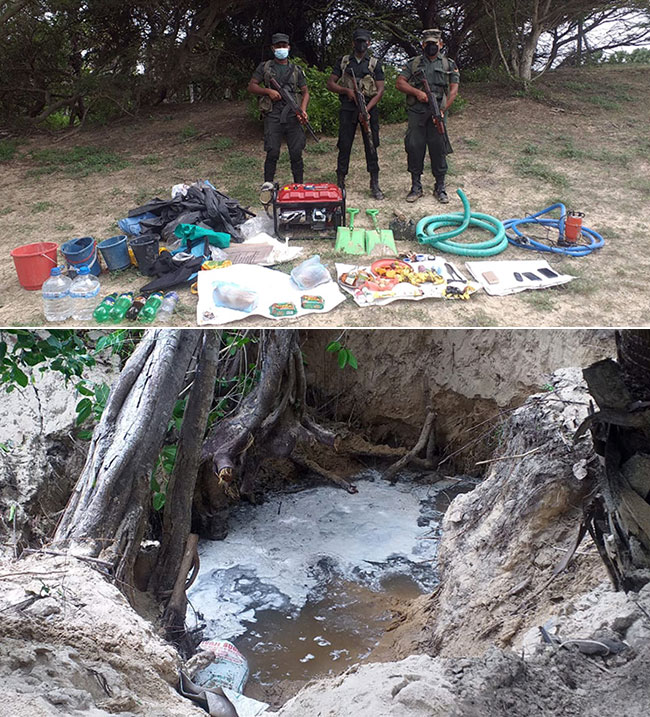 Four suspects engaged in illegal treasure hunting activities in the general area of Oluthuduwai in Mannar have been arrested with their equipment.

Sri Lanka Army said that initially 7 Vijayabahu Infantry Regiment troops of the 54 Division, deployed at Mannar bridge roadblock, apprehended 2 suspects and later 2 more suspects from the same group were apprehended while they were trying to flee in a car.

The tip-off given to intelligence troops and the Security Group of the 54 Division enabled the arrest of those suspects with one generator, four Buckets, two hose pipes, one Foot Valve, one water pump and various other equipment including shovels and a mammoty.

The arrested suspects with their equipment were handed to Mannar Police for further investigations, the army said.