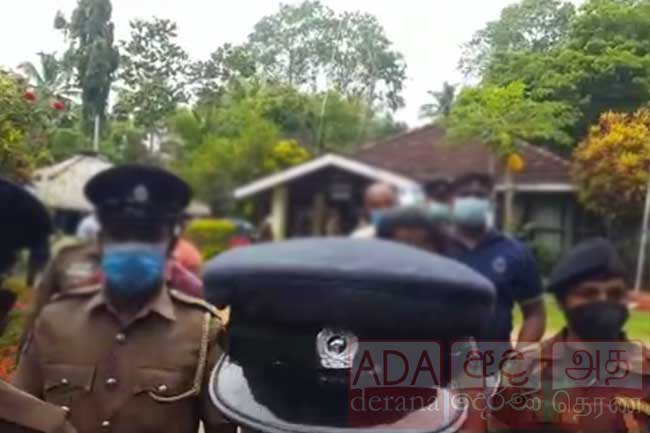 Two cops interdicted over death of man under police custody

Two officers attached to Panamure Police have been interdicted in connection with the death of a man who was in police custody.

The 38-year-old father of three, a resident of Welipotha area in Panamure, was arrested based on a complaint filed by his wife over a personal dispute.

It was later reported that he had hanged himself inside the police cell and that he died on admission to the hospital.

However, the residents of the area, who were up in arms about the said incident, alleged that the deceased was subjected to assault while in custody. A tense situation ensued in front of the Panamure police station this morning.

In the meantime, Samagi Jana Balawegaya (SJB) MP Hesha Withanage, who spoke on the matter during today’s parliamentary session, said one of their supporters who joined the main Opposition’s protest march yesterday has died following his arrest.

The lawmaker also called for an expedited investigation into the incident.

In response, Minister of Public Security Sarath Weerasekara refuted the allegations. He said the arrestee, who was reportedly a drug addict, had often assaulted his wife and children.

According to the minister, the suspect was arrested last night after multiple complaints filed against him by his family. “There is no connection between the protest rally and his arrest.” Speaking further, the minister said the suspect had hanged himself inside the police cell and was spotted by an officer on duty. He then died while being admitted to the hospital, the minister explained.