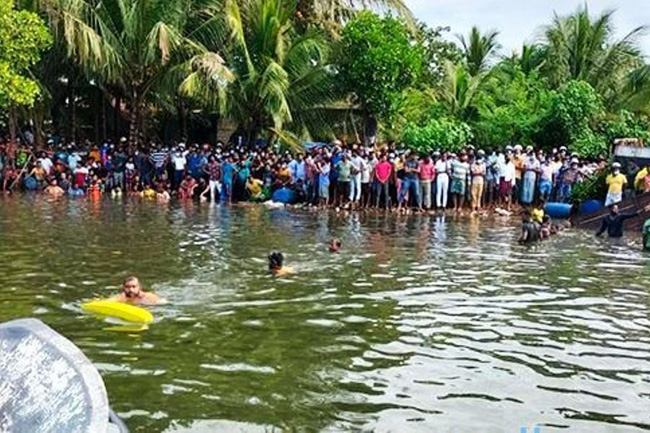 Eastern Province Governor Anuradha Yahampath has directed the Commissioner of Local Government, Eastern Province, N. Manivannan to conduct a probe into the ferry accident in Kinniya in which six lives were claimed.

She has given instructions to expedite the inquiry into the incident and to brief her of the officials who granted permission to operate and maintain the ferry across the Kuringankerni lagoon and other particulars of the incident.

Further, the governor directed the DIG in charge of the Trincomalee District to carry out a special police investigation on the fatal accident.

Conveying her condolences to the family members and relatives of the victims, the governor urged the residents of the area to remain calm at the moment.

Six individuals including four schoolchildren died after drowning while 20 others were rescued and hospitalized after a ferry capsized in the Kuringankerni lagoon in Kinniya, Trincomalee this morning.

The ferry had been used by residents in the area due to the construction of the existing Kuringankerni Bridge.