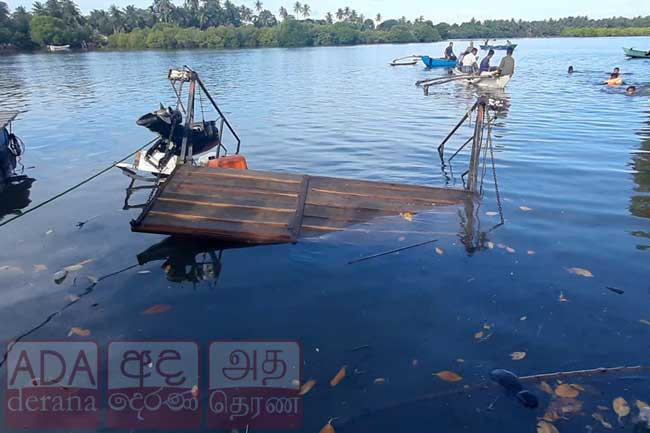 President orders to complete construction of Kuringankerni Bridge within 9 months

President Gotabaya Rajapaksa has given directives to complete the construction of the proposed bridge across the Kuringankerni lagoon within a period of nine months.

Secretary to the Highways Ministry R.W.R. Premasiri revealed this addressing a press briefing held at the Presidential Media Centre this morning (November 25).

The Secretary said that the incident in which a ferry capsized in the Kurunjankeni Lagoon in Kinniya, Trincomalee killing six people, including school children, was a matter of great concern and even though it did not come under the purview of the Road Development Authority, steps will be taken to construct the Kurunjankeni Bridge within nine months on the instructions of President Gotabaya Rajapaksa.

Six persons including three schoolchildren died and 20 others were hospitalized after a passenger ferry capsized in the Kuringankerni lagoon in Kinniya at around 7.30 a.m. on November 23.

The ferry had been transporting a group of children and teachers when the ill-fated incident took place.

It was reported that the ferry service had been set up by the Kinniya Urban Council until the construction of the existing Kuringankerni Bridge is completed.

The police yesterday arrested the owner and two operators of the passenger ferry in question in connection with the tragedy. They were remanded until December 08 after being produced before the Trincomalee Magistrate’s Court.

Meanwhile, the chairman of the Kinniya Urban Council was also taken into police custody this evening. He was placed under remand custody until December 09.