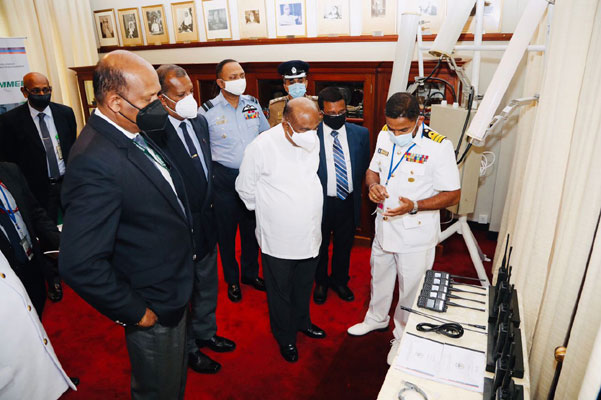 The Centre for Defence Research and Development under the Ministry of Defence has donated locally produced security equipment in Parliament on Thursday (25), for the purpose of enhancing the security of the Parliament complex in Sri Lanka.

It was disclosed that if this stock of equipment was imported, it would cost Rs. 19 million. However, the Centre for Defence Research and Development of the Ministry of Defense only spent approximately Rs. 7 million to have this equipment produced locally, the release said.

The Speaker and the Secretary General of Parliament thanked the Security Forces for providing this stock of locally produced equipment with advanced technology.

Serjeant-at-Arms, Mr. Narendra Fernando said that for the first time in the history of the Parliament of Sri Lanka, the stock of equipment was provided in accordance with a security requirement identified during the Joint Security Exercise held in July 2020 with the participation of all security forces attached to the security of Parliament.