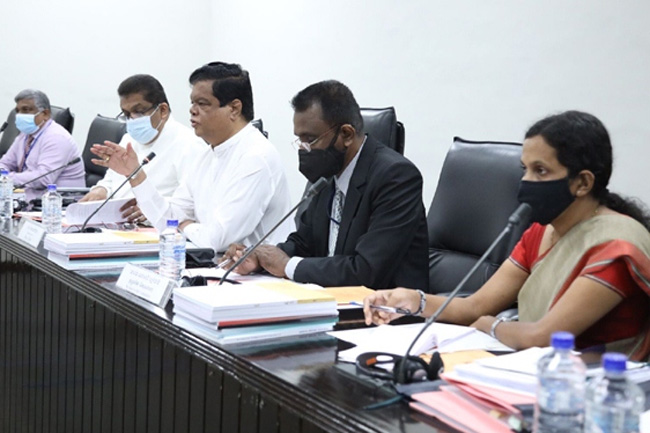 The Bill to amend the Mahapola Higher Education Scholarship Trust Fund Act, No. 66 of 1981 has been approved at the Ministerial Consultative Committee on Trade.

The approval was given at the committee meeting of the Ministerial Consultative Committee on Trade chaired by Minister Dr. Bandula Gunawardana in Parliament yesterday (November 25).

Minister Gunawardana stated that three main points are being amended by this (Amendment) Bill. Namely, renaming the Mahapola Scholarship Fund as the Lalith Athulathmudali Scholarship Fund, Appointment of the Chairman of the Mahapola Trust Fund under the chairmanship of a retired Supreme Court Judge nominated by the President and dealing with those institutions under the Public Property Act are the amendments made by the Bill.

Accordingly, this Bill is slated to be presented to Parliament at a future date.

Meanwhile, State Minister Lasantha Alagiyawanna addressed the concerns regarding gas cylinders. He noted that the change in composition did not cause a gas cylinder to explode. He said this has been researched and confirmed by the University of Moratuwa. He further said that Litro has also taken steps to suspend the new 18-liter gas tank. Hence, the public should be mindful of the false ideologies circulated with regard to gas connections, the Minister said.

In addition, the establishment of new branches of the Lanka Sathosa, the promotion and export of ornamental fish farming and the purchase of green gram by the government were also discussed at the meeting.