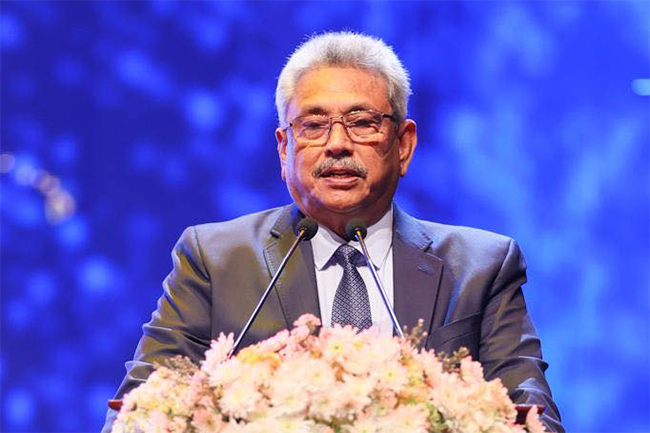 In the future many unpopular decisions will have to be taken to overcome the global economic challenges and to keep the country on the path to prosperity, President Gotabaya Rajapaksa says.

Although people criticized these interventions, the country and the people would reap the benefits in the near future, he said.

The President urged people to recognise and understand that these measures are being imposed “because we have little other choices in our present situation.”

The Head of State made these remarks addressing the Presidential Export Awards (PEA) ceremony held at the BMICH, today (November 26). The PEA was initiated by the Export Development Board in 1981, and today’s event marked its 24th awards ceremony.

This is the highest and most exclusive award an exporter can receive in Sri Lanka and the Presidential Awards are given to exporters who have made the highest contribution to the development of the export sector.

This year, 63 outstanding export companies of Sri Lanka received awards for the financial years 2019/20 and 2020/21. The award winners were selected by a panel of judges chaired by a retired Supreme Court judge.

The President appreciated the commitment and the courage of exporters that they had to remain in the export sector in the face of COVID-19 epidemic.

“Several policy interventions, however, such as the restrictions on certain imports in place since last year, have had beneficial consequences. They have created space for new local industries to develop. It is essential that these new industries are fostered intelligently,” President Rajapaksa said.

“Instead of short-term profiteering through reducing quality and creating artificial shortages, these new industries should strive to create quality products that could become globally competitive. This will be to everybody’s benefit,” the President added.

“There are, therefore, significant opportunities for investments into organic fertiliser, organic agricultural production and processing, and for fostering new export markets for this produce.

“Infusing more technology to increase agricultural productivity and improve traceability will also create further value that will benefit our economy in the long run,” the President said.

“I strongly encourage you to explore such opportunities that can generate great long-term value to you while also benefitting our nation,” the President further said.

Trade Minister Bandula Gunawardana said that steps will be taken to promote the export sector under a clear export development plan from next year.

The Minister pointed out that the role played by those engaged in the export sector in the midst of many challenges during the global economic crisis has helped to protect the country’s economy and added that he would like to pay tribute to all exporters.

Cabinet and State Ministers, Secretaries to Ministries and other public officials, investors in the trade and export sectors were also present.