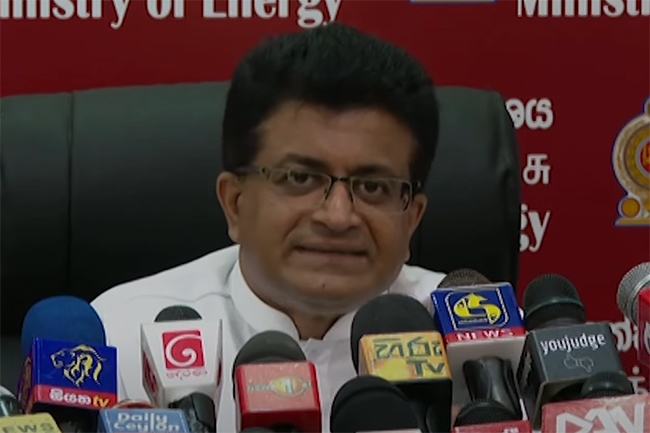 Energy Minister Udaya Gammanpila has proposed a return to a fuel pricing formula, whilst also suggesting a fuel price stabilisation fund would be better suited for the island.

The minister said that with the treasury unable to provide funds, a fuel price stabilisation fund should be the way forward, with the fund bearing the brunt of the impact, during the good times as well as bad times.

There is a sense of irony in the minister’s suggestion, as the fuel pricing formula was first introduced during late Mangala Samaraweera’s tenure as the finance minister in the Government of Good Governance.

Minister Gammanpila, addressing a press briefing on Friday (November 26), said the approval was given at the recent meeting of the Cabinet of Ministers to establish a fuel price stabilization fund.

The minister said the government cannot provide people with instant relief, with the establishment of this fund as money comes into the fund when fuel prices in the global market are slashed.

“The price of crude oil has risen by 36% in eight months. We don’t have money in the fund yet, and the Treasury isn’t providing any money either,” the lawmaker said, noting that what should be done right now is to introduce a fuel pricing formula.

“Some ask us as to why we attempt to introduce a pricing formula when we criticized former Minister Mangala’s fuel pricing formula. Though the formula was introduced, how it was formulated was never revealed. In simple terms, what’s more suited for Sri Lanka is a fuel pricing stabilization fund.”

However, it is beneficial to at least implement the pricing formula rather than doing nothing, the energy minister pointed out.