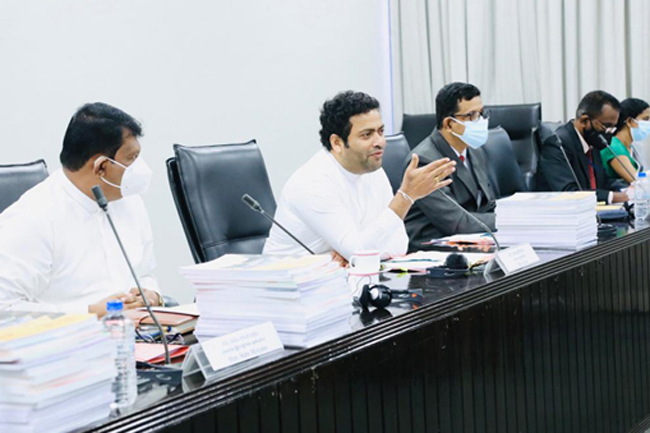 Single licensing model for construction to be introduced for all local govt. bodies

The above particulars were discussed at the recent meeting of the Ministerial Consultative Committee on Urban Development & Housing chaired by State Minister Indika Anuruddha in Parliament.

MP Madhura Withanage, addressing the Ministerial Consultative Committee pointed out that the permits issued for the construction by each local government body take different forms. People who visit these institutions to receive their services are inconvenienced by this procedure. Accordingly, the need to introduce a single standard model for Sri Lanka for this purpose was highlighted.

Accordingly, State Minister Indika Anuruddha instructed the officials of the Ministry present, to pay attention to this matter and formulate an appropriate methodology as soon as possible.

They also discussed the irregularities and financial frauds committed by the officials in approving the planning activities and the need to take formal action in this regard. The need to introduce a place to forward complaints was also taken up at the meeting.

The difficulties faced by the people in obtaining approvals from several institutions for the construction of a single building were also discussed. State Minister Nalaka Godahewa instructed the relevant officials to look into this matter and prepare a plan as soon as possible.

In addition, the committee members looked into the issues related to existing constructions in several areas and new construction requirements.