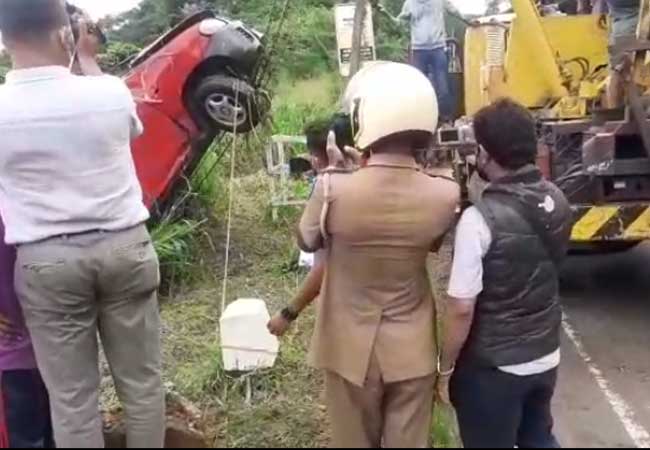 The body of the person reported missing after a car toppled into the Mahaweli River at Ilukamodera on the Kandy-Gurudeniya Road last night, has been recovered.

The victim is a 39-year-old resident of Maligathanna in Gurudeniya. The vehicle involved in the accident has also been retrieved, a short while ago.

Ada Derana reporter said that Sri Lanka Navy divers had recovered the body at around 3.00 p.m. today after much effort and that the car was discovered a few feet away, submerged around 40 feet under water.

According to reports, the accident had occurred as the car lost control, veered off the road and toppled into the river at around 11.00 p.m. last night.

Three persons were inside the vehicle at the time of the incident, however two of them including the driver had managed to jump out of the small car and were then rescued.

They were subsequently admitted to the Kandy General Hospital.

However, the backseat passenger was reported missing while the car itself was not to be found as search operations had continued throughout the day.