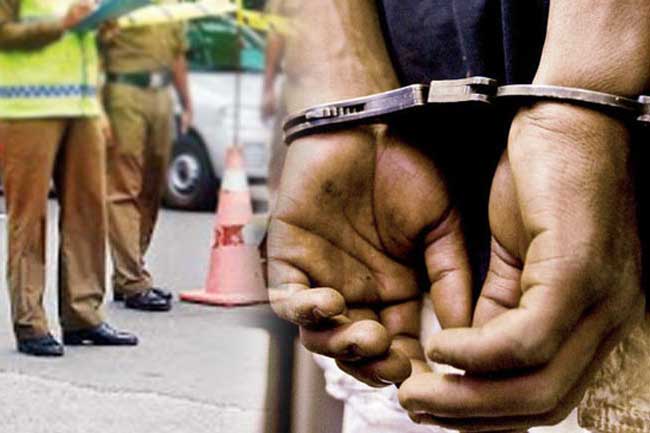 Two suspects wanted in connection with a recent murder in Weeraketiya have been arrested by police while they were in hiding.

They had been wanted in connection with an incident where an individual had been shot and hacked to death in the Weeraketiya police area on November 20.

Following the interrogation of one of the arrested suspects, a 29-year-old from Debokkawa East, police officers had recovered a foreign-made hand grenade hidden in the Debokkawa area as well as a blood-stained shirt suspected to have been worn by the suspect when committing the murder.

In addition to this, police have also recovered the motorcycle used by the suspects to carry out the crime.

The other arrested suspect is a 33-year-old resident of Kawanthissapura, Embilipitiya.

During interrogation, he had divulged the location of the firearm used to carryout the murder. Accordingly, a locally manufactured ‘Galkatas’ firearm and one bullet (12-bore) was found hidden in a teak estate at Debokkawa, police said.

The arrested suspects were yesterday produced before the Walasmulla Magistrate’s Courts which permitted to detain them for 48 hours under detention orders.