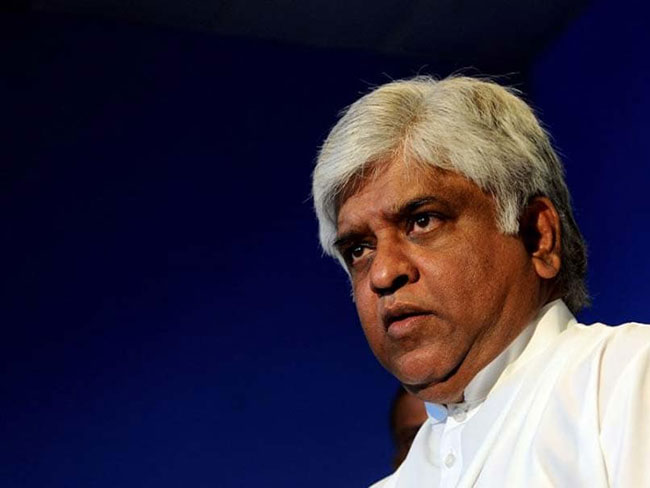 Former minister Arjuna Ranatunga has resigned from the membership of the United National Party (UNP).

In his resignation letter to the UNP leader, Ranatunga gives reasons for his decision to quit the party and also expresses his gratitude to Mr. Wickremesinghe for the responsibilities entrusted to him under the ‘Yahapalana’ government.

The former minister says that he joined the United National Front (UNF) ahead of the 2015 presidential election with the intention of bringing about positive change for the benefit of the general public.

Ranatunga says he is aware that a strong opposition beneficial for the country is required to safeguard democracy and good governance and that even though a number of the party members had quit the UNP before the 2020 general election, he decided not to abandon the party in order to protect it.

In his letter, he also says that the UNP suffered a massive defeat at the 2020 election and that they should be self-critical and accept that fact. Ranatunga said he remained with the party with the firm belief that they would be able to prepare a proper plan to face the existing and future challenges.

However, even today there appears to be no such programme, he said, adding that therefore he believes there is no longer any point in him remaining with the party. 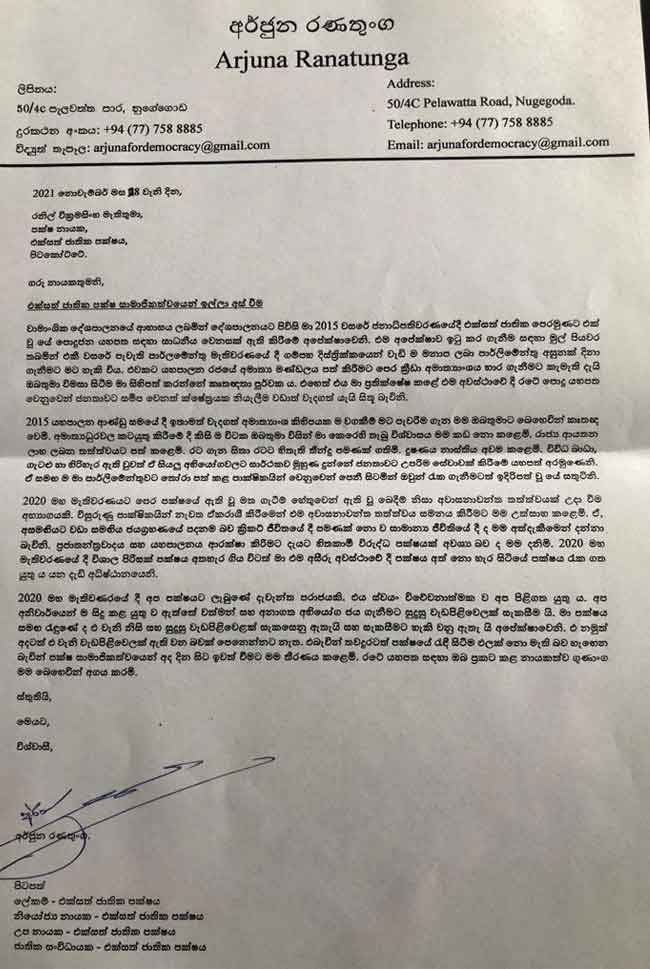