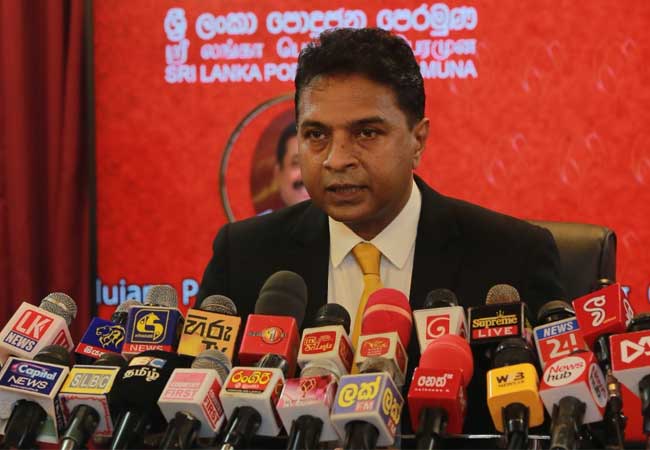 The General Secretary of the Sri Lanka Podujana Peramuna (SLPP) Sagara Kariyawasam says that any allied party of the government which cannot work as an alliance and according to the President’s policy statement, should leave the ruling alliance.

Speaking at a media briefing held today (29), he said that criticizing the government when there is any issue with a policy decision is unacceptable. He said that what the Sri Lanka Freedom Party (SLFP) is doing at this moment is akin to ‘fishing in shallow water’.

The SLPP parliamentarian further charged that if the country’s transition to organic fertiliser had been successful, former President Maithripala Sirisena would have been the first to come out and say that he started it first.

“However, when it goes wrong, they speak against it,” he said, adding that this is something that should not happen in alliance politics.

“If a certain party thinks that they cannot conform to the principles of the Vistas of Prosperity and Splendour policy statement, what it should do is leave.”