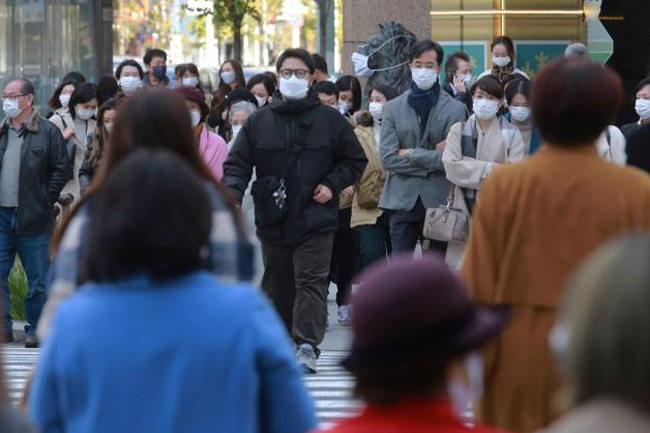 Japan reported its first case of the omicron variant Tuesday, less than a day after the country imposed sweeping restrictions on inbound travel to prevent the new strain from spreading domestically.

Health minister Shigeyuki Goto told reporters Tuesday evening that genomic screening had detected the variant in a male Namibian diplomat in his 30s who had landed in Tokyo on Sunday traveling from Namibia — one of the nine African countries where omicron cases had initially been reported.

The 71 passengers aboard the same plane as the individual are all being treated as possible contacts, Goto said, and will be quarantined for 10 days at a government-designated facility, tracked remotely through a GPS-enabled application operated by the health ministry and tested for COVID-19 once every two days while in isolation.

Goto said the man had been vaccinated twice.

Though he was asymptomatic when he arrived at Narita Airport on Sunday, Goto said the man developed a fever the following day.

In a bid to avoid importing the variant, countries around the world severed travel connections with South Africa — where it was first detected late last week — as well as several other African and European nations.

In less than a week, the variant has spread across Europe and reached as far as Australia and Hong Kong.

According to NHK, the omicron variant has been reported in 17 countries and regions outside Japan as of 4 p.m. Tuesday.

Japan took a more heavy-handed approach by banning foreign travelers from every country in the world for a month effective Tuesday. While Japanese nationals and foreign residents returning from hot spots — including their spouses and children — can still re-enter Japan as long as they quarantine for three to 10 days in a government-designated facility, all new entries, including foreign exchange students, interns and those traveling for business purposes, will be denied.

Little is yet known about the omicron variant, including its transmissibility, the nature of its unprecedented mutations or the efficacy of currently available vaccines against it.

“We consider this a sign that border restrictions are functioning as intended,” he said. “We will continue to strengthen countermeasures and monitor the situation.”