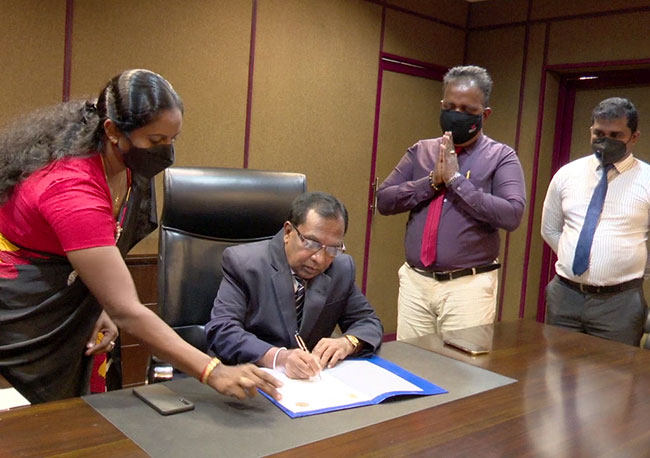 Former senior administrative officer Neil de Alwis has been appointed as the new Chairman of the Paddy Marketing Board.

The appointment was confirmed by the Minister of Agriculture Mahindananda Aluthgamage today (01).

The position was left vacant after the previous chairman of the Paddy Marketing Board, Dr. Jatal Mannapperuma, had resigned from the position on September 15, citing several reasons.

Mr. Neil de Alwis had previously served as the Government Agent of Ampara District and is the former Secretary to the Ministry of Home Affairs.

He assumed duties as the Chairman of the Paddy Marketing Board in a brief ceremony held today (01).

Meanwhile M.D. Ranjani Jayakodi has been appointed as an advisor to the Minister of Agriculture.

A senior officer of the administrative service, Mrs. Jayakodi has previously served in the capacities of Divisional Secretary, Director General and as the Chief Secretary of the Sabaragmuwa Province. She is a retired senior administrative officer with 32 years of experience in the service.