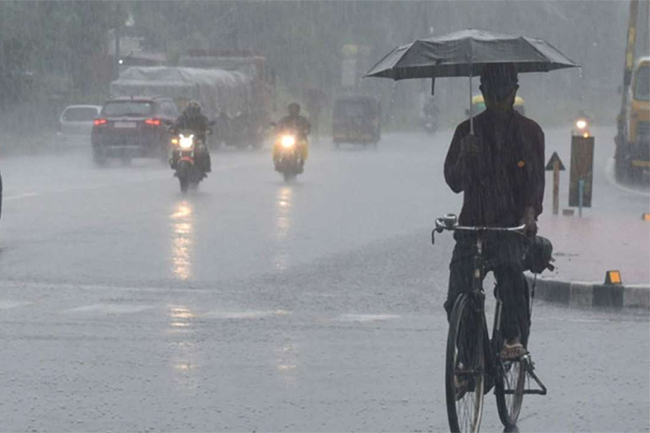 Showers or thundershowers in several areas in late hours of Thursday

The Meteorology Department says showers or thundershowers are expected in parts of Sabaragamuwa, Central, Uva, North-central and North-western provinces and in Ampara, Batticaloa, Mannar, Galle and Matara districts during the evening or night.

A few showers are likely in the Northern province during the morning as well.

Misty conditions can be expected at some places in Western, Uva, Central and Sabaragamuwa provinces during the morning.

A low-pressure area has formed over Southeast and adjoining East Central Bay of Bengal. It is likely to intensify into a cyclonic storm during the next few days.

Naval and fishing communities who are in the deep sea of the Bay of Bengal are advised to be attentive in this regard.

Showers or thundershowers may occur at a few places in the sea areas around the island particularly during the night.

Winds will be mainly north-easterly in direction and the wind speed will be 20-30 kmph in the sea areas around the island.

The sea areas around the island will be slight.