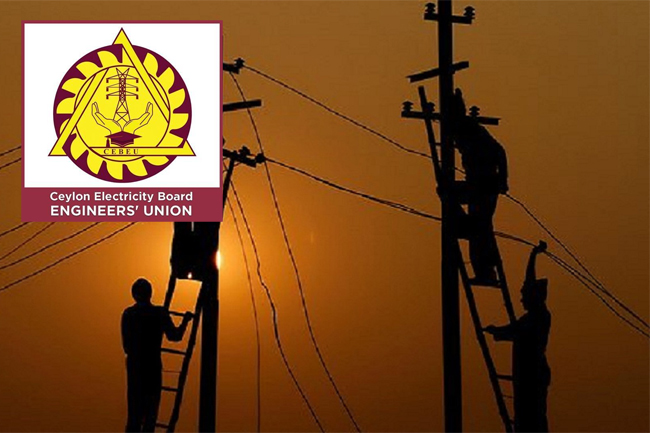 The Ceylon Electricity Board Engineers’ Union (CEBEU) has temporarily called off its work-to-rule campaign.

The CEBEU members launched a work-to-rule campaign on November 25 over several issues including the controversial Yugadanavi power plant deal.

The association demanded that the government not proceed with the deal with US-based energy company New Fortress Energy Inc., which includes a transfer of 40% of shares of West Coast Power Private Limited (WCPL) - the owner of Yugadanavi power plant in Kerawalapitiya.

They also called on authorities to put an immediate stop to the abrupt transfers of senior management of the CEB.

Later, on December 01, the members withdrew from power restoration activities with immediate effect.

The CEBEU’s decision to call off their work-to-rule campaign came after the major disruptions to electricity supply island-wide this morning. According to the CEB’s general manager, the power supply on Anuradhapura-Habarana, Laxapana-Athurugiriya and Kotmale-Biyagama transmission lines have been restored.