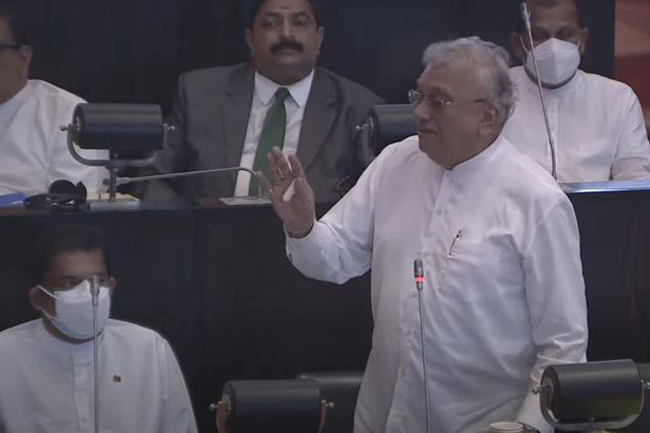 A heated debate ensued in the House today (December 04) with regard to SJB MP Manusha Nanayakkara not being given five minutes to address the parliamentary session yesterday.

A group of nearly 15 - 20 lawmakers of the ruling party approached MP Nanayakkara and attempted to assault him when he requested five extra minutes from the Speaker for his speech, MP Kiriella alleged.

“We thought the incident was behind us and came to the Parliament today,” MP Kiriella said further, adding that a group of ruling party MPs again approached MP Nanayakkara today in the opposition’s lobby following his parliamentary address and tried to assault him.

MP Kiriella stressed that the opposition members would not attend the parliamentary sittings if their safety is not ensured.

However, the ruling party parliamentarians, in response, accused MP Nanayakkara of making false allegations in the House and called for an inquiry against him.