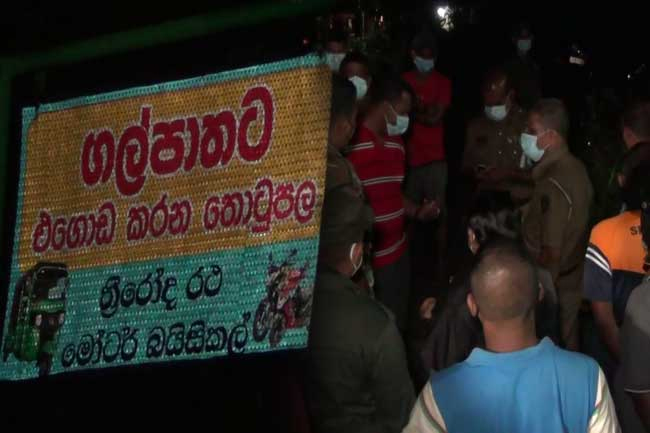 One missing after ferry capsizes in Kalu River

A man is reported missing and four others have been rescued after a ferry capsized in the Kalu River at South Kalutara.

The ferry had been transporting five individuals, three motorcycles and a bicycle from Galpoth Pier to Bolossagama Pier when it capsized last night (December 03).

A joint search operation has been launched by the police and the navy to locate the missing person.

A recent fatal ferry accident which took place on November 23 in Kuringankerni lagoon in Kinniya, Trincomalee claimed the lives of six people including four children. Another 20 who were injured were hospitalized.