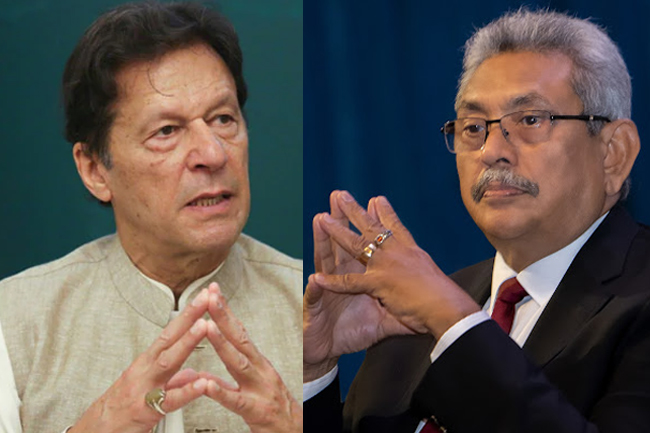 Pakistan’s Prime Minister Imran Khan has assured President Gotabaya Rajapaksa that the perpetrators of the brutal murder of Sri Lankan professional Priyantha Kumara, who worked at a factory in Pakistan, will be brought to justice.

In a telephone call to the President, the Prime Minister of Pakistan stated that the long-standing friendship and trust between the two countries will never be compromised.

PM Khan, tweeting about his conversation with the Sri Lankan Head of State, said he conveyed his nation’s anger and shame to the people of Sri Lanka at vigilante killing of Priyantha Diyawadana in Sialkot.

Spoke to Sri Lankan President Gotabaya Rajapaksa today in UAE to convey our nation's anger & shame to people of Sri Lanka at vigilante killing of Priyantha Diyawadana in Sialkot. I informed him 100+ ppl arrested & assured him they would be prosecuted with full severity of the law

All the videos and information related to the incident have been obtained by the Pakistani security forces.

The Pakistani Premier said 113 suspects in total have already been arrested and the search for the remaining suspects is ongoing.

He informed the President that Priyantha Kumara, a Sri Lankan who had served in Pakistan for a long time, had shown a high level of professionalism as a manager.

PM Khan further stated that the perpetrators have no mercy from God and they will not be given any pardon by the law as well.

The Prime Minister also said the confidence placed by the Government and the people of Sri Lanka that justice will be meted out and maximum punishment will be given to the perpetrators, will be ensured.