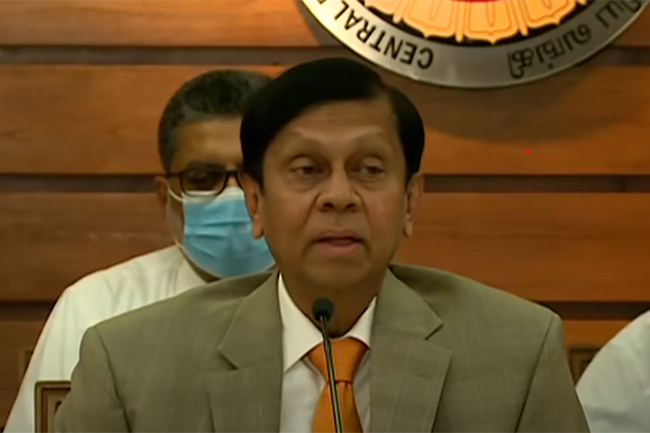 The Central Bank of Sri Lanka (CBSL) has announced a series of benefits to ensure that more migrant workers send remittances to the island via official channels.

Speaking at a media briefing today (December 04), the CBSL Governor, Ajith Nivard Cabraal listed some of the benefits the bank hopes to introduce, such as insurance and pension schemes.

Apart from export earnings and tourism receipts, the foreign remittance inflow which is the hard-earned money of the Sri Lankan migrant workers plays a major role in strengthening the country’s economy.

In such a backdrop, the CBSL has observed a fall in foreign remittances over the past months, with USD 300 million in October alone.

The main suspicion is that people may be using unofficial and sometimes questionable channels to send money, bypassing proper mechanisms.

With this in mind, the CBSL established the Foreign Remittances Facilitation Department on November 03.

Today, it was announced that the bank is taking further measures to incentivize the migrant workers to use proper channels to send money.

Addressing the media briefing, Cabraal said: “We will strengthen this sector in three areas. Firstly, we will facilitate the overseas travel of Sri Lankans. The number of people leaving the county for employment reduced over the past two years. The situation gradually started to become normal since the last month. That is why we saw a large congestion at the passport office and that’s the pressure build-up of two years.

“We have taken steps to facilitate those travelling abroad, after discussions with the government and the passport office. We have created facilities for migrants to open accounts when leaving the country and send money via those accounts. The banking system is proving to be a strength for this purpose. We have taken steps to establish branches of banks at the passport office. The second one is that once arriving there, facilities are needed to send money to the island. There were certain issues when remitting money to Sri Lanka. Measures are put in place by the Central Bank and the country’s banks to improve facilities to overcome such issues.”

Cabraal also noted that the CBSL hopes to provide more benefits when the migrant workers send remittances. Accordingly, Rs. 10 above the rate will be paid this month to those who send remittance via official channels.

He further stated: “Measures are being taken to introduce pension and insurance schemes for those who send money, by discussing with the Labour Department. We are also taking steps to increase the duty-free allowances for them. We expect to provide loan facilities to the dependents via the banks as well. Additionally, steps are taken by banks to provide benefits at their level.”

In this backdrop, the CBSL yesterday said it has received information that some Sri Lankan expatriates send remittances to their dependents on the island nation - knowingly or unknowingly - through various racketeers.

The CBSL noted that it is aware that there have been instances where certain brokers collect foreign currency from Sri Lankan employees in other countries and credit the accounts of their dependents in Sri Lankan Rupees by way of cash or transfers through the financial system.

The public may not be aware that they are committing offences punishable in terms of law for the violation of the provisions of the Prevention of Money Laundering Act, the CBSL said in a notice published on its official Facebook page.

Further, available information indicate that these transactions could be linked to drug trafficking and other illegal activities, it read further.

Accordingly, the CBSL informed all Sri Lankans residing abroad and their dependents not to fall victim to illegal operators.