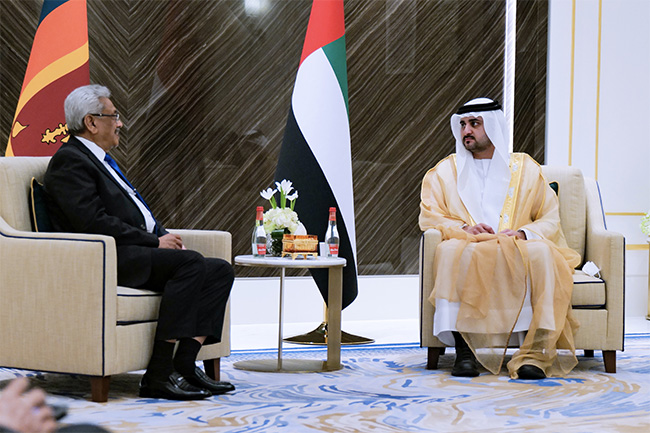 A meeting between President Gotabaya Rajapaksa and the Deputy Ruler of Dubai and Deputy Prime Minister and Minister of Finance Sheikh Maktoum bin Mohammed bin Rashid Al Maktoum was held at Expo 2020 premises on Saturday (December 04).

The two leaders have stated that the meeting would strengthen the friendship between the two countries, the President’s Media Division (PMD) said in a statement.

The President also took this opportunity to extend congratulations for the 50th National Day of the United Arab Emirates.

He apprised Dubai’s Deputy Prime Minister on the progress of the COVID-19 control initiatives and the vaccination drive as well as regarding the future plans of the economic development amidst the pandemic.

President Rajapaksa said that the Expo stall would help to showcase Sri Lanka’s culture and identity to the world and expressed gratitude to Dubai for their support.

The President also joined Expo 2020 at the invitation of the Deputy Prime Minister. A total of 192 countries are participating in the “Expo” exhibition which is being held in a 1,083-acre desert area.

The exhibition which commenced on October 01 under the theme ‘Connecting Minds and Creating the Future’ will be running until 31 March 2022. According to the organizers, more than 03 million people from all over the world have come to witness the exhibition. 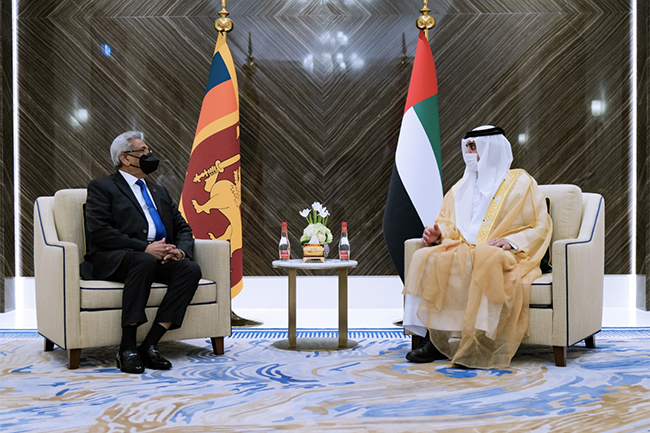 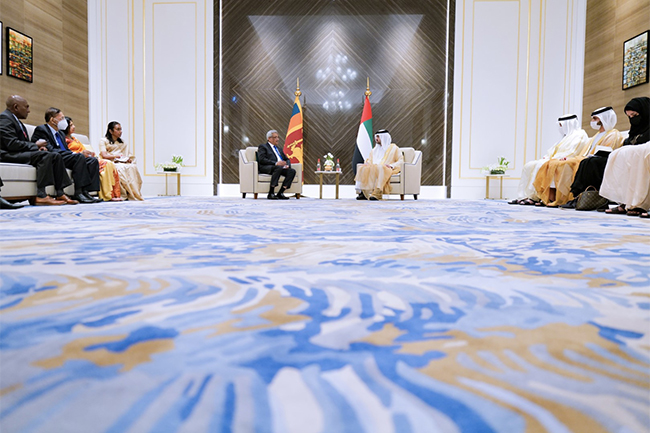 The President also took this opportunity to brief the Prime Minister on the investment opportunities available in Sri Lanka as well as regarding trade and cultural relations. The Expo 2020 exhibition is expected to boost Sri Lanka’s tourism industry and a number of export sectors, including tea and apparel.

Principal Advisor to the President Lalith Weeratunga and Ambassador Malraj de Silva accompanied the President on this visit to Expo 2020. 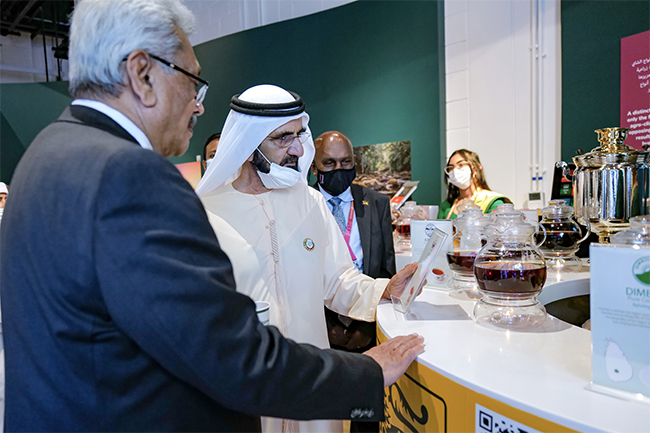 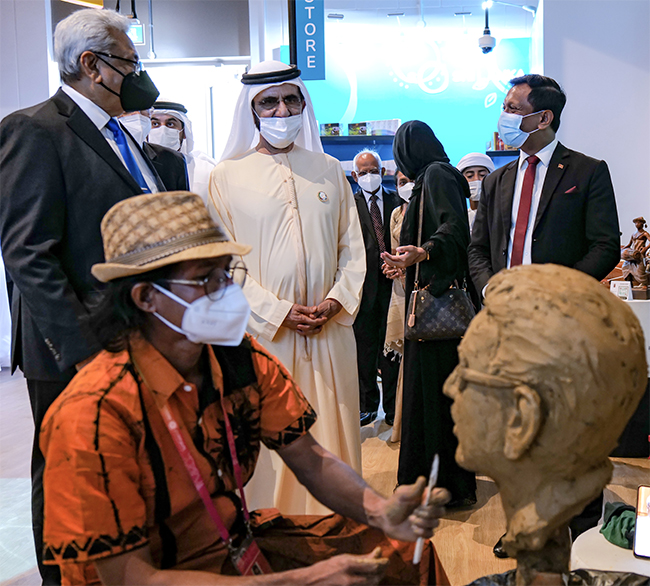